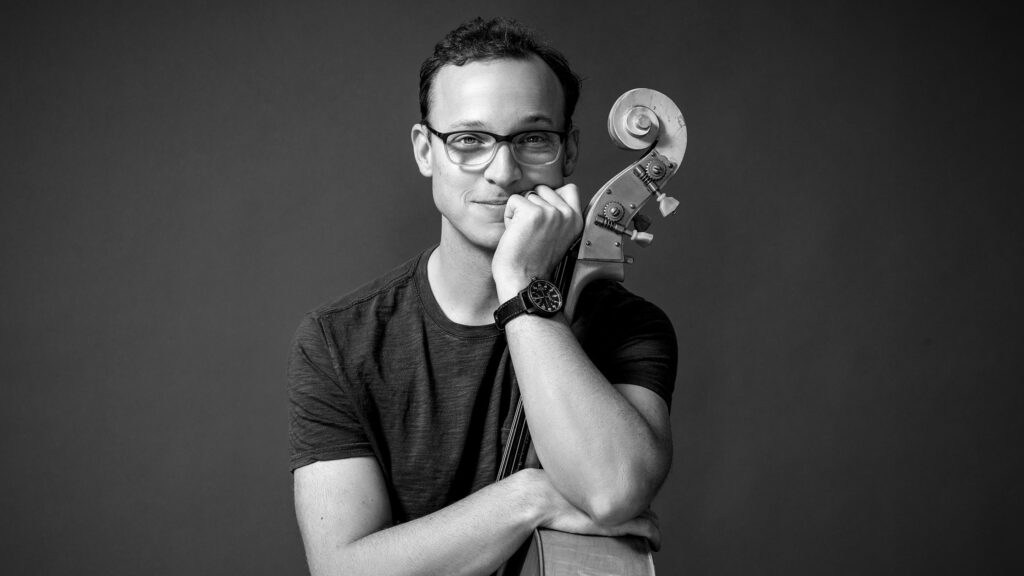 Over the last two decades, Kentuckian Ben Sollee has distinguished himself as a multi-faceted creative, blurring the lines between music, tech, and experiential design. As a cellist, songwriter, and storyteller, he has toured the globe, sometimes by bicycle, performing his original music. As a composer, he has created music for stage, screen, and virtual reality apps earning an Emmy Award for his 2018 score for Base Ballet. As a producer, he has curated hundreds of live events, including experiences for the Speed Art Museum and Lincoln Center. Throughout it all, he has continued to advocate for people and the land by creating and curating experiences that grow a greater sense of togetherness.

His latest record, Kentucky Native, blends traditional bluegrass with influences from Kentucky’s latest immigrant population. In 2010, Sollee teamed up with songwriter Daniel Martin Moore and My Morning Jacket’s Jim James to create Dear Companion, a record raising awareness about the devastating practice of mountain top removal strip mining in Appalachia. In fact, his advocacy for the environment is what led him to film composing.

As time went on, Sollee’s composing voice matured, showcased in films such as Maidentrip (2013) and Beauty Mark (2018). In 2013, he teamed up with composer Christopher Young on Killing Season, featuring Robert Dinero and John Travolta. Sollee infused his unique cello styling into the film’s score and wrought the original song “Letting Go.” Ever the collaborator, Sollee’s latest score for Robin Wright’s directorial debut LAND finds him teaming up with contemporary string trio Time for Three.