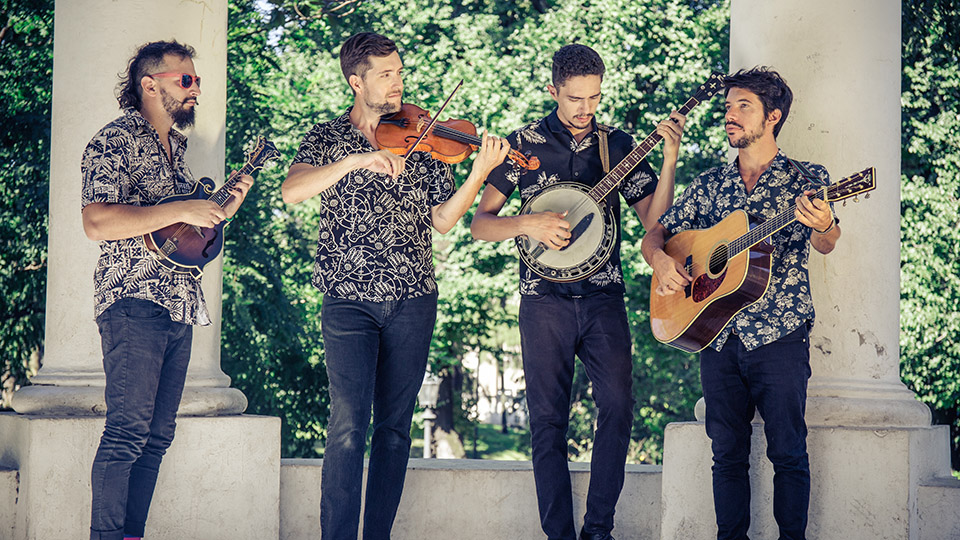 Che Apalache is a four-man string band based in Buenos Aires with members from Argentina, Mexico, and the United States. The group’s founder is Joe Troop (fiddle), a North Carolinian multi-instrumentalist, singer-songwriter, and composer who moved to Argentina in 2010. While patiently carving out a niche in the local music scene, Joe taught bluegrass and old-time music for a living. That’s how he met Pau Barjau (banjo), Franco Martino (guitar), and Martin Bobrik (mandolin), his most dedicated students. They quickly became picking buddies and in 2013 decided to hit the stage.

Che Apalache began as a bluegrass band but eventually incorporated Latin American styles into their repertoire. Combining instrumental prowess with tight vocal harmonies, they have curated an authentic blend of genres to reflect the nature of their lives, evoking images from Appalachia to the Andes. Their most recent album, Rearrange My Heart, is produced by banjo legend Béla Fleck.

“This blend of Appalachian and Latin music took me completely off guard and won me over instantly. This is a band to watch!”— Béla Fleck