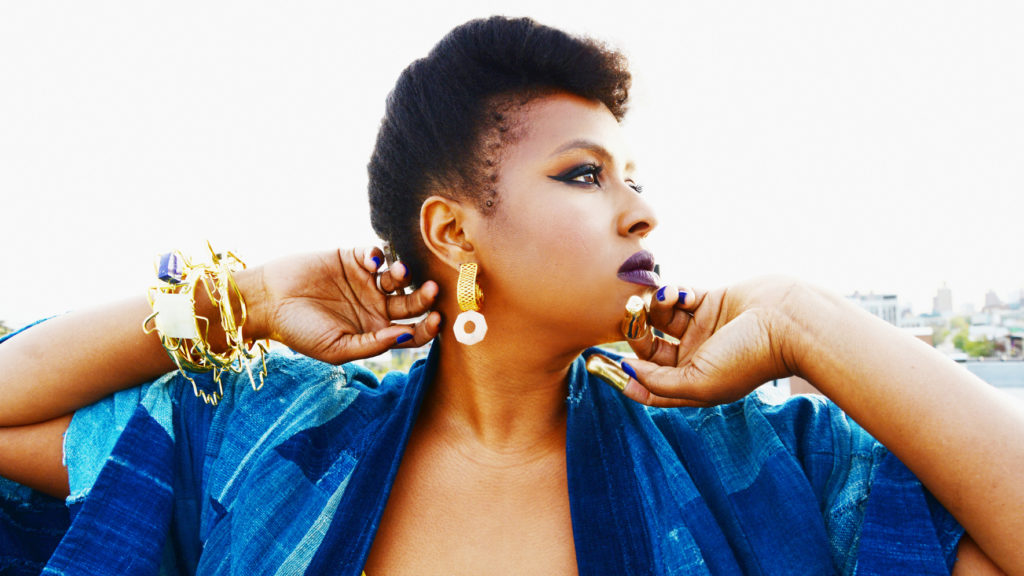 Born with blues in her blood, Deva Mahal is a genre-defying artist, powerhouse vocalist, and astute songwriter. Allowing her blues roots to blossom from the fertile soil of modern R&B, indie-pop, soul, rock, and gospel, her undeniable vocal talent never ceases to blow audiences away. Her star continues to rise with Run Deep, her aptly-named debut album, produced by Scott Jacoby. The New York Times calls her music ‘hand-clapping, piano-pounding, call-and-response buildup.’ Her energy and enthusiasm breathe wildlife into her songs with a knockout voice that combines pulse-pounding soul with a decidedly modern edge. She has had the pleasure of collaborating with Jaleel Bunton of TV on the Radio, Binky Griptite of Sharon Jones and the Dap Kings, Living Color, and the New York Pops Orchestra, and has performed onstage alongside such legends as Etta James, Dianne Reeves, Maceo Parker, Bettye Lavette, The Roots, and Cyndi Lauper.

“As the daughter of famed blues singer, Taj Mahal, Deva was born with a mix of genres in her blood.” —Vibe