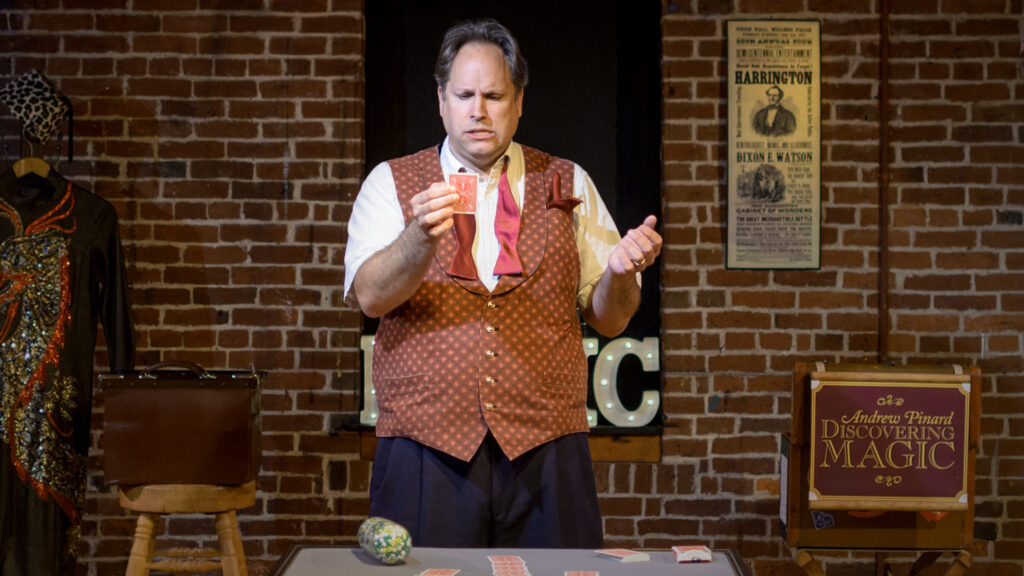 This interactive sleight-of-hand show from the award-winning Andrew J. Pinard strives to expand the audience’s experience of magic and is a favorite of audiences across New Hampshire.

Andrew J. Pinard is a full-time performer and theatre artist since 1991. He has performed thousands of shows throughout the Northeast as well as international performances in Montreal, London, Germany, Italy, and Switzerland. He has traveled extensively as an actor, director, and scenic and lighting designer and has appeared on the stage, as well as on radio and television. Pinard’s interactive sleight-of-hand show, Discovering Magic strives to expand the audience’s experience of magic and is a favorite of audiences with regular performances in Concord, Manchester, Portsmouth, and beyond. Discovering Magic has been an annual holiday tradition in Portsmouth, NH since 2014 and we are now excited to present it at The Music Hall Lounge. Pinard is an award-winning performer and theatre artist including numerous New Hampshire Theatre Awards including the Vision & Tenacity award (2017) and has been the recipient of numerous Best of NH awards from New Hampshire Magazine (2000, 2002, 2009, 2015, 2016, 2022).