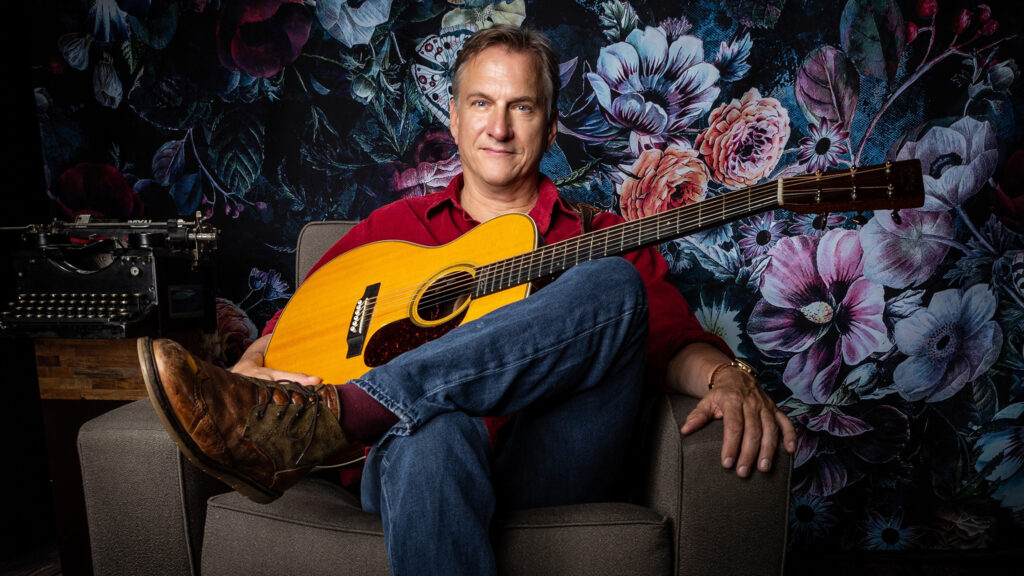 Ellis Paul is one of those gifted singer/songwriters. Though some may refer to him as a folk singer, he is more, for lack of a better word, a singular storyteller, a musician whose words reach out from inside and yet also express the feelings, thoughts and sensibilities that most people can relate to in one way or another, regardless of age or upbringing. The exhilaration of the open road. A celebration of heroes. The hope for redemption. Descriptions of those things that are both near and dear. The sharing of love…, intimate, passionate, and enduring.

In addition to nineteen albums, numerous critical kudos (15 Boston Music Awards alone), and inclusion in several movie soundtracks, he’s headlined stages both near and far. Where Paul is “goin’” is to practically every place a microphone beckons and a crowd of the folk faithful awaits. He’s become a staple at the Newport Folk Festival, played Carnegie Hall, and venues from Alaska to Miami, Paris, and London.

He’s also released a pair of children’s albums, earning him honors from the Parent’s Choice Foundation for both. His latest, The Hero In You, has been turned into a picture book, detailing the lives of great American heroes. Ellis’ literate, evocative and insightful writings are further showcased in a book of poetry and short stories entitled Notes from the Road, already in it’s third pressing.

Happily, his music has been shared with a wider audience as well, through commercials, documentaries, TV shows and in the soundtracks of several blockbuster films. Peter Farrelly summed up the sentiments of all those who have come to know and appreciate Paul’s music by referring to him as “a national treasure.”

“Despite his success and sense of history, Mr. Paul remains an artist with his eye on the future and an interest in discovering the transformative potential in his music.” - The New York Times