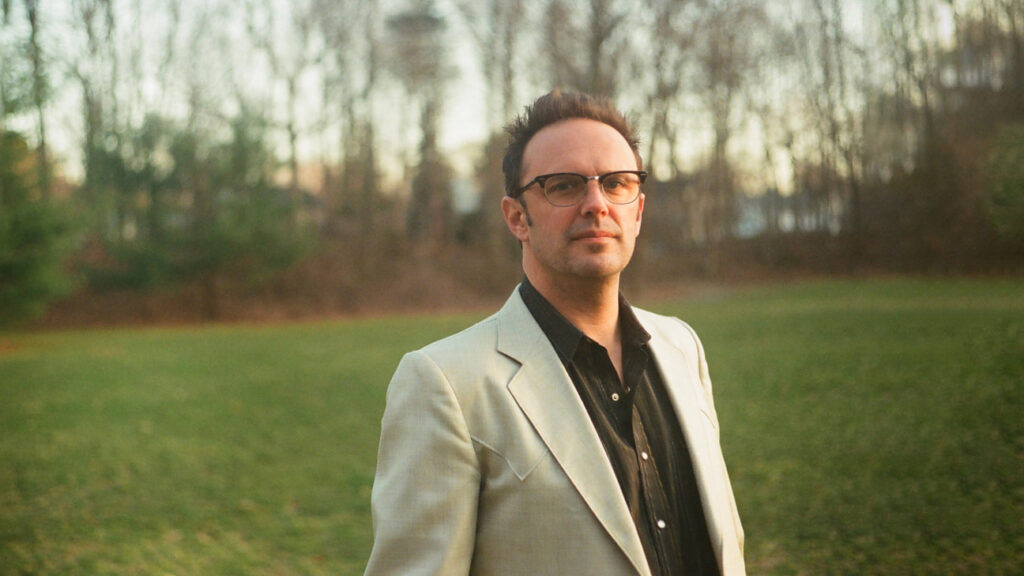 Mark Erelli turns adversity into finely embroidered rock songs that burn with urgency on his 2023 album Lay Your Darkness Down. Following full-bodied rock forebears Tom Petty, George Harrison, and Roy Orbison, Erelli’s songwriting explores the unknown glories of this planet and love’s transformational power. Over his two decade-long career, the singer-songwriter-sideman-producer-writer has proven himself equally at home in a multitude of roles: producing albums for artists like Grammy-winner Lori McKenna; serving as a sideman guitarist for artists like Paula Cole, Marc Cohn, and Josh Ritter; writing and producing his own material, like 2018’s “By Degrees,” for which he was nominated for Song of the Year at the Americana Honors and Awards; and most recently, becoming an advocate for low-vision artists and working with venues to make their spaces more accessible. Written in the wake of his diagnosis with a degenerative retinal disease, Erelli’s upcoming 2023 album Lay Your Darkness Down is the next step on Erelli’s journey, following up on 2020’s Blindsided, which garnered praise from Rolling Stone Country, the Associated Press, NPR, The Boston Globe, and more.