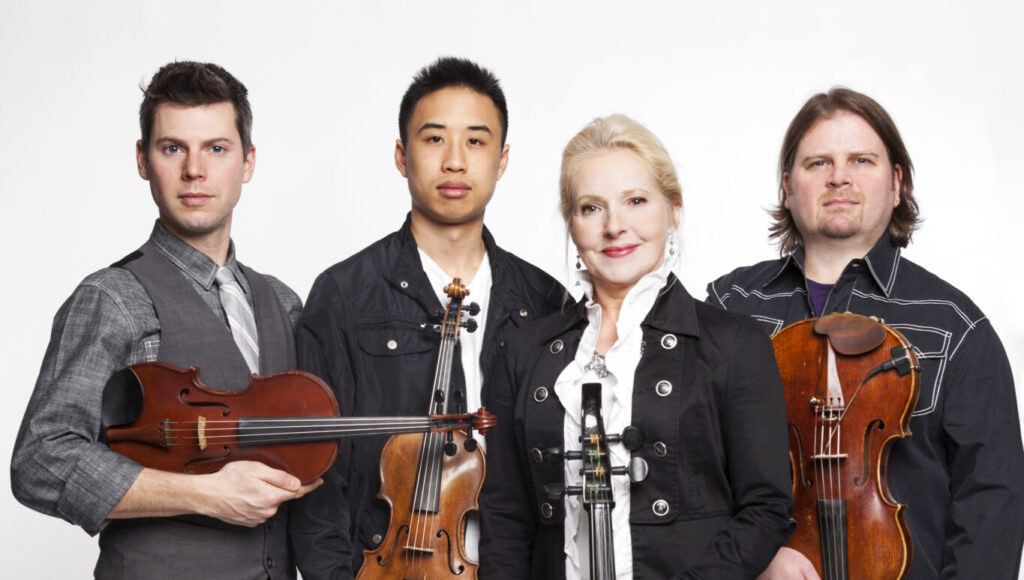 In all senses, Grace is a vital resource: strength in goodness, effortless beauty, unconditional favor, and a reprieve. At the center of this astonishing program is ETHEL’s own adaptation of Ennio Morricone’s moving score to The Mission, a Golden Globe Award-winning film of cross-cultural complexities fueled by the quest for redemption against the backdrop of the jungles of South America.

Grace is a journey toward redemption in music. In complex, stressful, and challenging times, music provides both an immediate means of relief and a vessel for long-term healing and understanding. ETHEL has pursued this art in many ways over the years, in its own creative voice, opening its heart and skills to intimate collaboration with master artists from diverse cultures across the globe.

Established in New York City in 1998, ETHEL quickly earned a reputation as one of America’s most adventurous string quartets. 20 years later, the band continues to set the standard for contemporary concert music.  Known for its enlivened playing, blending uptown, conservatory musicianship with downtown genre-crossing, ETHEL has been described as “indefatigable and eclectic” (The New York Times), “vital and brilliant” (The New Yorker), and “infectiously visceral” (Pitchfork). Since its inception, ETHEL has released nine feature recordings (one of them nominated for a Native American Music Award), performed as guests on 40+ albums, won a GRAMMY with jazz legend Kurt Elling, and performed in 14 countries, 45 states, and 250 cities. ETHEL is Ralph Farris (viola), Kip Jones (violin), Dorothy Lawson (cello), and Corin Lee (violin).

Join ETHEL on this path for an evening of unforgettable music.

“In the hands of ETHEL, American music is alive and well.” —The Washington Post