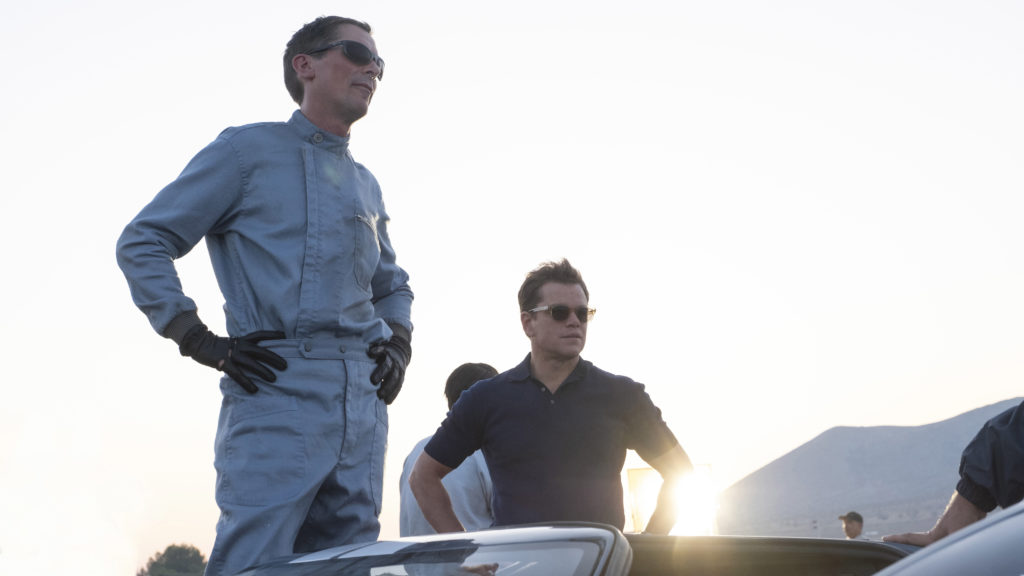 Individual tickets for Ford v Ferrari are sold out. Seating is still available with the purchase of a Festival Pass.

With his father’s car company in the doldrums, Henry Ford II (Tracy Letts) decides to build a car to challenge Ferrari’s Formula One dominance. He hands the task to designer Carroll Shelby (Matt Damon) and driver Ken Miles (Christian Bale), two obsessive artists who clash with each other and with the suits assigned to keep control over the project. James Mangold (Walk the Line) skillfully manages both the kinetic thrills of the races and the subtle psychology of the project, which is endlessly complicated by ego, ambition and imagination. Bale is fierce, funny and charismatic behind the wheel, and Damon provides a moving portrait of an ebullient good ol’ boy, popping heart pills and trying to out-talk every new danger that arises. When Shelby’s second-in-command (Ray McKinnon) describes “getting out of the car” after each crash, Mangold’s film reaches a poignant new zone.