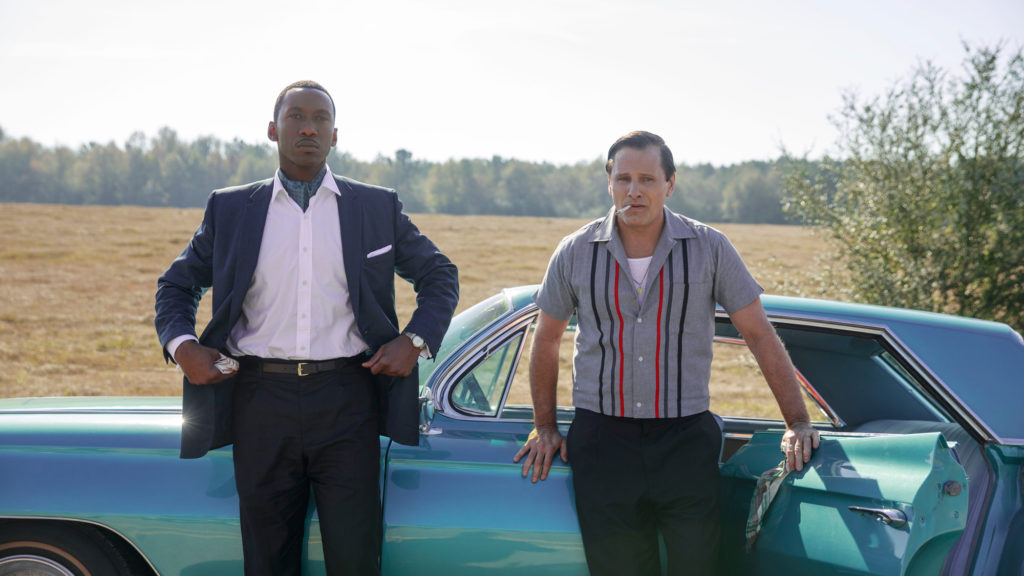 Due to circumstances beyond our control, we will not be able to screen Green Book as planned. We are currently working on rescheduling the film for a later date. Stay tuned to TheMusicHall.org for updates.

Nominated for five Oscars and five Golden Globes (winner of three, including Best Motion Picture – Musical or Comedy) When Tony Lip (Viggo Mortensen), a bouncer from an Italian-American neighborhood in the Bronx, is hired to drive Dr. Don Shirley (Mahershala Ali), a world-class Black pianist, on a concert tour from Manhattan to the Deep South, they must rely on “The Green Book” to guide them to the few establishments that were then safe for African-Americans. Confronted with racism, danger-as well as unexpected humanity and humor-they are forced to set aside differences to survive and thrive on the journey of a lifetime.