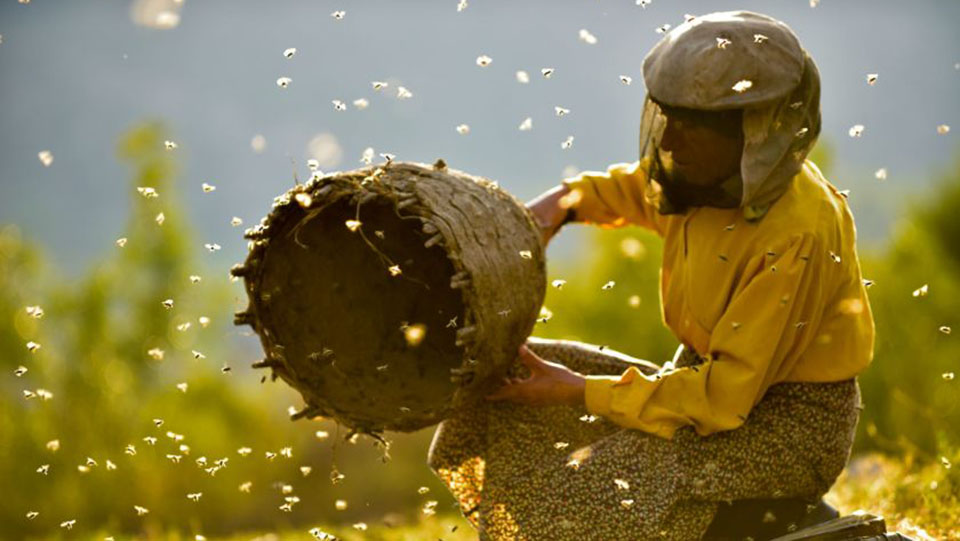 In this documentary, nestled in an isolated mountain region deep within the Balkans, Hatidze Muratova lives with her ailing mother in a village without roads, electricity, or running water. She’s the last in a long line of Macedonian wild beekeepers, eking out a living farming honey in small batches to be sold in the closest city — a mere four hours’ walk away. Hatidze’s peaceful existence is thrown into upheaval by the arrival of an itinerant family, with their roaring engines, seven rambunctious children, and a herd of cattle. Even as the family provides a much-needed respite from Hatidze’s isolation and loneliness, her very means of survival are threatened.

"This elegant film... begins as the intimate portrait of a beekeeper who makes famously good honey, and then expands to become something of a parable." –NPR