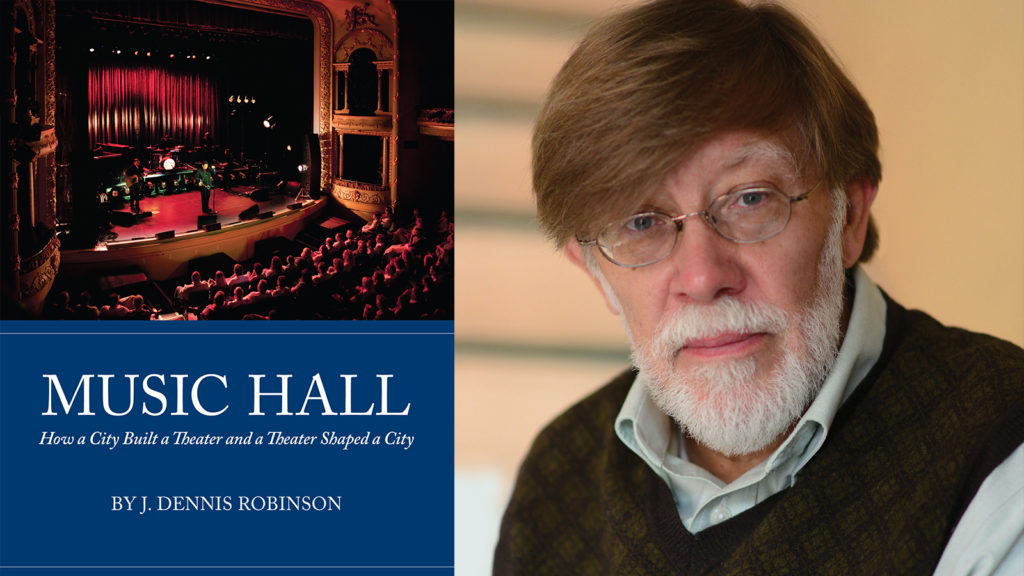 When The Music Hall first opened its doors in 1878, it brought a fresh cultural vibrancy to the city of Portsmouth and now serves as a community hub within the city’s robust arts scene. Robinson’s history book on the theater documents Portsmouth’s arts culture from the very beginning and the role The Music Hall has played over the years.

Music Hall, the gorgeous 256-page color book covers The Music Hall’s start as a Vaudeville center, welcoming the best acts of its time— including Frederick Douglass, Mark Twain, Buffalo Bill, Tom Thumb, Maude Adams—through the dark times when the theater was nearly turned into condos and thankfully saved by The Friends of The Music Hall.

Fully researched, artfully written, and richly illustrated, the book is a must-read for anyone who cherishes the performing arts. Its full-color pages reflect years of diligent research, not just on the theater, but the changing city around it, starting with Portsmouth’s first settlers and ending with many familiar faces today.