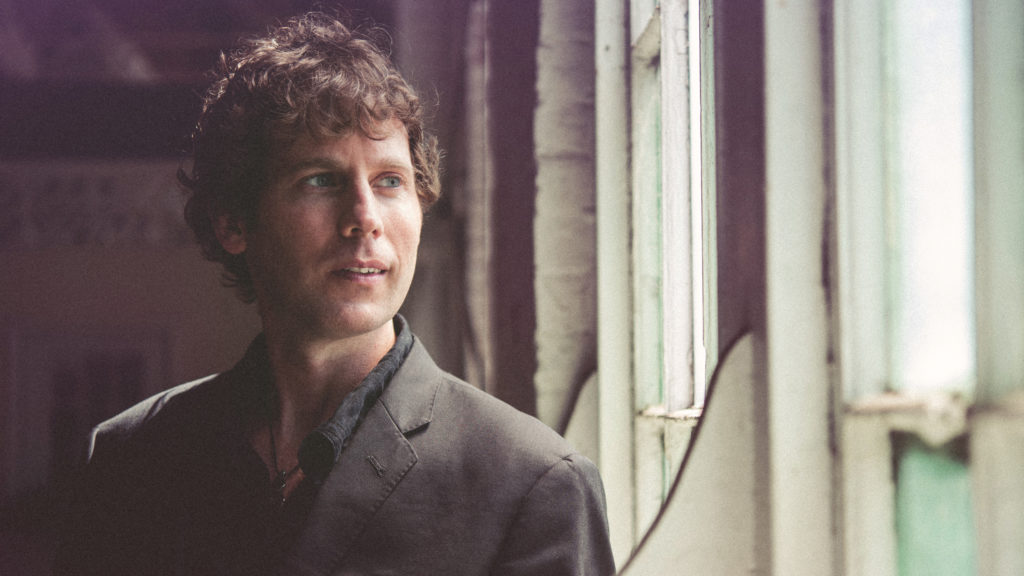 A true musical journeyman, New England-based singer/songwriter Jesse Terry has made it his mission to share his love of music fully and completely, without regard for shading his emotions or tempering his convictions. The ability to create a connection, to bare his soul and express his feelings through his songs has been the defining thread in a career that began in 2010 and has spawned five albums (The Runner, Empty Seat on a Plane, Stay Here With Me, and his latest pair, Stargazer and Natural). A career that has seen Terry play over a thousand shows around the world, including such notable festivals as Bonnaroo, 30A Songwriters Festival, Philadelphia Folk Festival, and the Americana Music Association’s AmericanaFest.

Natural, a very sparse and acoustic album compared to its predecessor Stargazer, finds Jesse relying on a more organic approach to his music, while adding an additional layer of emotional impact with the help of some of the female singers he admires most: Dar Williams, Cary Ann Hearst of Shovels & Rope, Liz Longley, Kim Richey, Annie Clements, Sarah Darling, and Erin Rae. The album spent two months in the Folk Radio Top 20 in the US.

Members
Saturday, April 6
The B2W Box Office opens at 10am for walk up sales; phone & online sales begin at noon.

"His melodies ring with instant accessibility and a clear connection, conveying a brilliance and clarity that most veteran artists still strive for" –No Depression

"Stargazer, nigh perfect, sweeps you in and on first hearing overwhelms... this is music to revel in, so just revel till the starlight fades." –Nick West, RnR Magazine