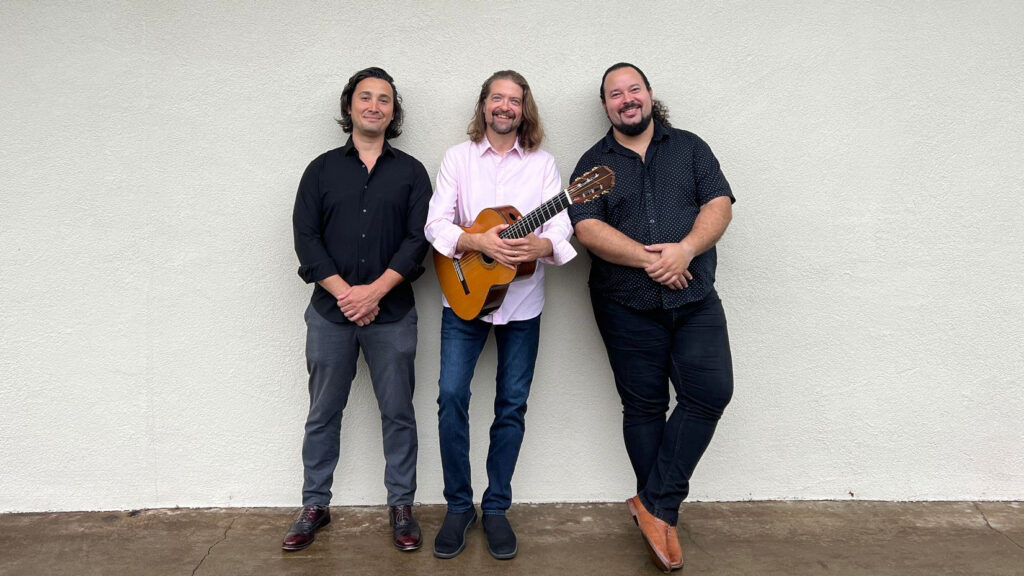 Virtuoso guitarist/composer/improviser Juanito Pascual has been called “one of the hottest flamenco guitarists in recent years” by National Public Radio, a major accolade which in this case is just the jumping off point for the Minneapolis native’s musical style. His sound is a truly organic blend of a mastery of traditional and contemporary flamenco plus influences ranging from Jimi Hendrix and the Grateful Dead to Miles Davis and J.S. Bach.

The Juanito Pascual Trio is rounded out by two highly versatile and dynamic musicians, New York-based percussion/vocalist Jose Moreno, one of the most sought after musicians in the national flamenco scene, and stunning bassist Brad Barrett (Jason Moran, Ran Blake). By combining their distinct musical backgrounds with a powerful personal chemistry, the Trio has created a fresh, exhilarating and constantly evolving sound, performing to enthralled audiences throughout the U.S. and abroad. They are currently preparing to release an EP in 2023 in addition to work on a new full-length album set for release by next year.

Since the 2003 release of his debut solo recording “Cosas en Comun”, Pascual’s international touring schedule has brought him to venues including the Tanglewood Jazz Festival, New York’s Lincoln Center, and Blue Note Jazz Club, The Panama Jazz Festival and Madrid’s renowned Casa Patas. He has performed with a lengthy ‘who’s who’ of top flamenco artists including 2016 tour dates with Jorge Pardo (of Paco de Lucia’s legendary Sextet, Chick Corea’s Touchstone band) in addition to collaborations with a diverse range of musicians including Grammy-winning soprano Dawn Upshaw, percussionist Jamey Haddad (Paul Simon), virtuoso guitarist Grisha Goryachev, and many others.