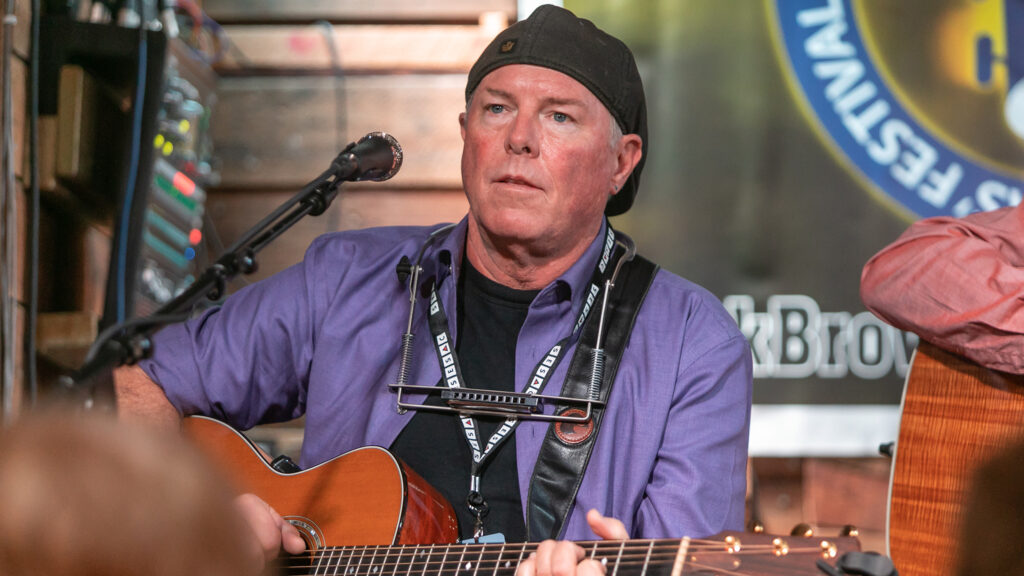 Kevin Danzig writes and performs modern folk and acoustic rock tunes as well as selected cover songs, accompanied by acoustic guitar and harmonica. He plays a Porchboard Bass Drum Pedal with his foot. Originality is Danzig’s hallmark; his lyrics are invariably intelligent, the instrumental arrangements are in perfect sync and skillfully executed. Think of Ray LaMontagne, Jason Isbell, or Jacob Dylan with two more decades of experience and character and you’ll begin to get the picture.

His latest album, The Holland Cafe (released 8-19-22), is already getting rave reviews around the country. The single “Fishbowl” is climbing the AAA/Americana charts as we speak. Jefferson Geiger of Colorado’s Summit Daily says this, “Kevin Danzig loves a good story.” and Ms. Marci of Soundwaves Magazine says, “With well written tunes, fantastic vocals, and professional arrangements; the new album is a journey…one that you’ll want to return to over and over again.” His music can also be heard on most streaming platforms like Spotify, iTunes, and Pandora.