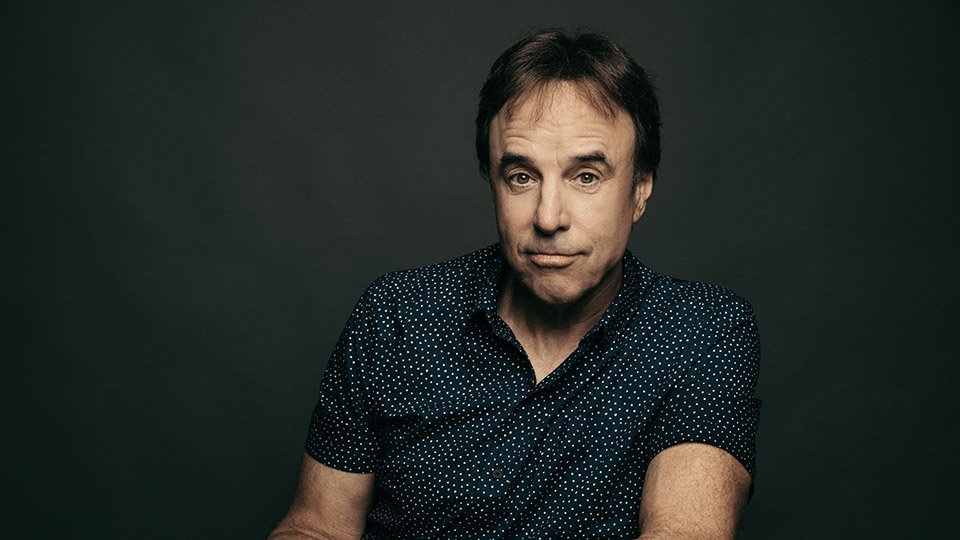 Please note: This show has been rescheduled for Saturday, June 26, 2021. All previously purchased tickets will be honored. If you can’t make the rescheduled date, please contact our Box Office (603.436.2400) to receive a refund, or a credit toward another show, or consider donating the ticket to our theater.

Emmy and SAG-nominated actor, comedian, and author Kevin Nealon is best known for his nine-year stint as a cast member on Saturday Night Live and has received critical acclaim for his role in the Showtime series Weeds. Kevin currently stars on the CBS-TV comedy series Man With A Plan, produces and hosts the digital series Hiking with Kevin, and tours his stand-up globally.

As one of the longest-running cast members on Saturday Night Live (1986-1995), Nealon created some of the show’s most memorable characters; his recurring role as an anchor on ‘Weekend Update’ helped make the sketch a show staple. In 1988, he earned an Emmy nomination as part of the SNL writing team. Currently, Kevin resides in Los Angeles with his wife and son.