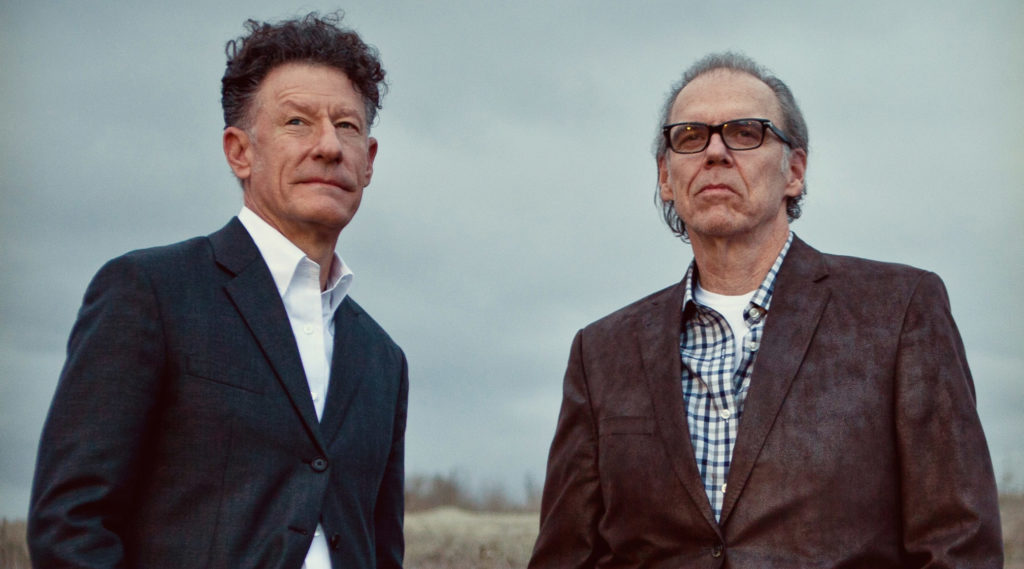 Two of America’s premier singer-songwriters join forces for an acoustic evening backed by nothing but their superb voices, first-rate guitar playing, and charming reminiscences.  These elegant, captivating meetings between cherished friends and collaborators make for dynamic song-and-story swaps that are difficult to resist.

Grammy Award winner Lyle Lovett first appeared on the scene in the late 80s. His recording and performance career has brought us great moments of Big Band Texas Swing, tender countrified acoustic folk, and always that brilliant Texas-influenced wit. He has even dabbled in Hollywood films; including a role in the Robert Altman film The Player. The much-loved Randy Newman / Lyle Lovett collaboration, “You’ve Got a Friend in Me” from the Motion Picture Toy Story was an Oscar Nominee in 1996, and their performance together on the Oscars was one of the highlights of the broadcast that year.

Similarly, John Hiatt, found real success in the late 80s with Bring the Family, which was recorded with his musical friends Ry Cooder, Nick Lowe, and Jim Keltner, later to be known collectively as Little Village. The album offered us the Hiatt classics, “Have a Little Faith in Me,” “Lipstick Sunset,” “Memphis in the Meantime,” and “Thing Called Love.” Hiatt’s work has been recorded by many other noted artists including Bob Dylan, Bonnie Raitt, Eric Clapton, Willie Nelson, Linda Ronstadt, Jimmy Buffett, Jeff Healy, and Iggy Pop.