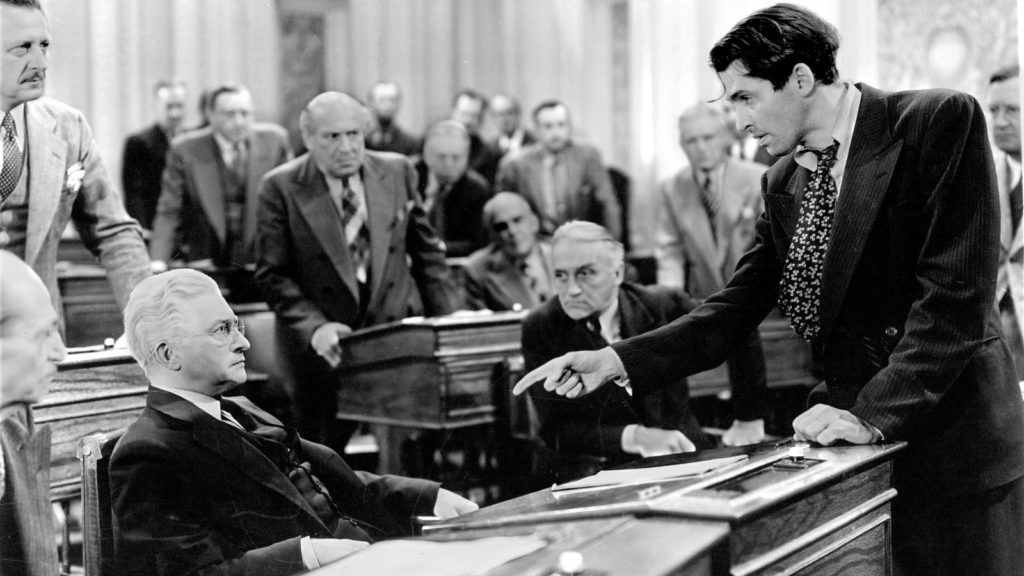 James Stewart earned his first Oscar nod and rocketed to stardom as a naive senator battling corruption and fighting for his political life with the help of his devoted assistant (Jean Arthur). Nominated for 11 Academy Awards, including Best Picture and Director (Frank Capra).