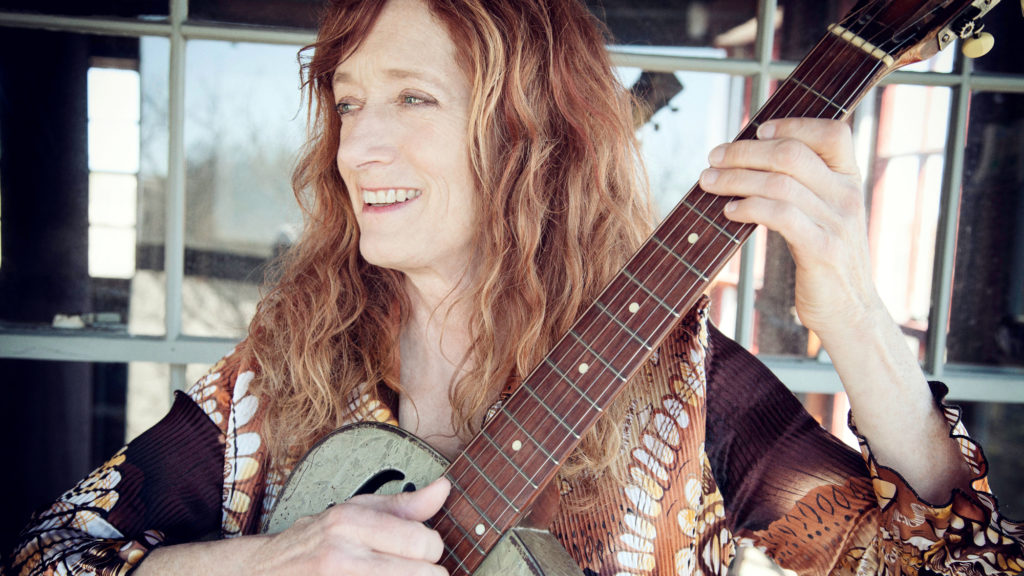 Patty Larkin redefines the boundaries of folk-urban pop music with her inventive guitar wizardry and uncompromising vocals and lyrics. Acoustic Guitar hails her “soundscape experiments” while Rolling Stone praises her “evocative and sonic shading.” She has been described as “riveting” (Chicago Tribune), “hypnotic” (Entertainment Weekly) and a “drop-dead brilliant” performer (Performing Songwriter).

Since 2013’s release of Still Green, Larkin toured the US and was an Artist-in-Residence at Berklee College of Music. She is now on the faculty at of the Fine Arts Work Center. When asked about Song Poems, slated for release in 2019, Larkin reflects: “I have been energized by the poets, writers, and artists I have met while teaching, and find myself on a journey to break down some of the predictable pathways that songs can travel. The process has inspired me in my own songwriting and has reignited my love for the sound of words. The act of making music from poetry has been a very joyful one. And what a beautiful thing it is to make a joyful noise.”