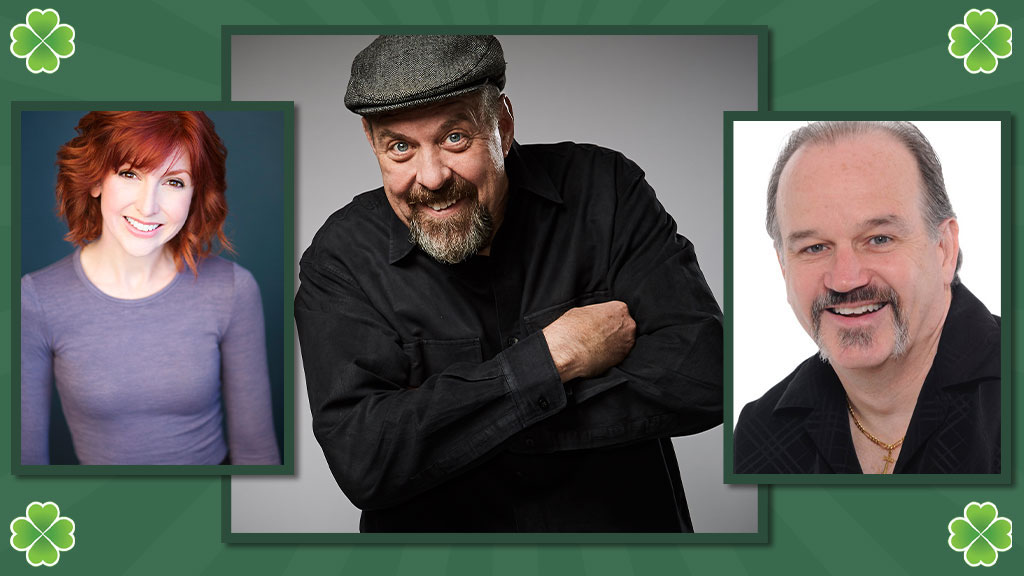 Tonight’s performance will now be General Admission to allow people to practice social distancing at their own discretion. The doors will open as planned at 7:30pm. Thanks for your understanding.

Comedy gold at the end of the rainbow can be found in Portsmouth, courtesy of the Boston Comedy Festival. Be part of this annual tradition featuring comedy and Irish Dance provided by The Murray Academy and led by John Grimes from Riverdance.

Comedian Jim McCue is becoming a Saint Patrick’s tradition in Portsmouth. If everyone’s Irish on Saint Patrick’s Day, then the best place to be on March 14 is The Music Hall to celebrate with Irish dancing, music, and hilarious comedy.

Joey Carroll was featured in NESN’s Roughing It and WCVB’s Chronicle, as well as Comedy Central’s Pulp Comics and lastly on NECN’s Broadside with Jim Braude.

Erin Maguire is a NYC-based stand-up comic, actor, writer, and emcee. Her stand-up was recently featured on Gotham Comedy Live for the Oculus/NextVR Network. She also recently wrote for the Comedy Central Roast of Alec Baldwin. Erin has appeared at the Lucille Ball Comedy Festival alongside some of comedy’s greats.

Jack Lynch is a 30-year veteran of the Boston comedy scene and has traveled around the world performing his routine to thousands of satisfied customers.

Dancers:
The Murray Academy is Northern New England’s premier school for Irish Dance, located in Exeter, NH. The academy is home to 150 students, including Regional/National champions and World medal holders. McDonough-Grimes Irish dance is led by John Grimes, Riverdance cast member (2009-2012). In five years, the school has produced World and National qualifiers and has been featured on NH Chronicle.