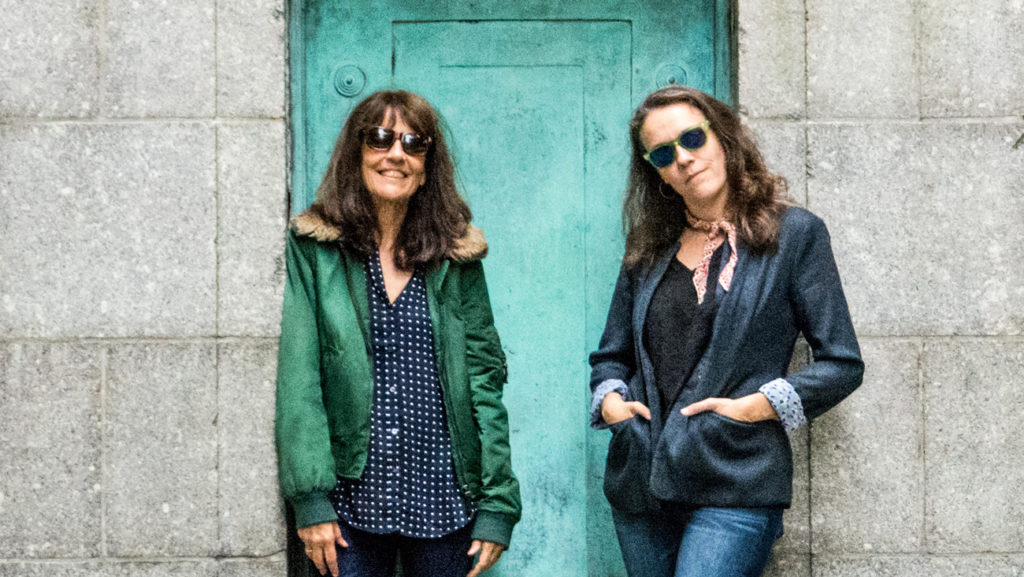 Have you ever wondered what it would be like to be in a band with your mother?  Suzzy Roche and Lucy Wainwright Roche have shared a life on the road. Their recording Fairytale and Myth, the first recording collaboration between them, won the Vox Pop best singer/songwriter CD for the Independent Music Awards.  And their new CD called Mud and Apples has also been nominated for an Independent Music Award.  Their show is a fun-filled evening of smart, thoughtful, songs with plenty of familial harmonies. Lucy is celebrating a brand-new release Little Beast, winner of 2019 Independent Music Award for best singer/songwriter album, and Suzzy has just finished putting together a collection of songs written by her late sister: Maggie Roche ~ selected songs  Where Do I Come From and is looking forward to the release of her second novel The Town Crazy in 2020.

Suzzy Roche is a singer/songwriter/performer/author and founding member of the singing group The Roches.  She has recorded over fifteen albums, written music for TV and Film, and toured extensively for thirty years across the U.S. and Europe. She is currently performing with The Wooster Group in A Pink Chair/in place of a fake antique at the Performing Garage in NYC.  Her children’s book Want To Be In A Band  (Random House) was published in February 2013.  Wayward Saints (Hyperion/Voice) is her first novel and was a selection of the Spring 2012 B&N Discover Great New Writers Program.

Lucy Wainwright Roche has been compared to Joni Mitchell and Patti Griffin by NPR ~ She is the daughter of Suzzy Roche and Loudon Wainwright III, but has her own career as a touring songwriter and recording artist, having made five solo recordings.  It’s been 5 years since her last solo collection, the critically acclaimed There’s a Last Time for Everything, and her long-awaited new recording is finally released.  It’s called Little Beast and is currently the #5 album on Folk Radio with 4 of the top 20 most played tracks.   She is currently touring in the US and UK, and performs regularly with The Indigo Girls.  Lucy is known for her crystal-clear voice and straightforward humorous stage presence.

“Their voices intertwined in gorgeous union…mother and daughter had the room in the palms of their talented hands. This was a glittering little gem of a show.” — The Chicago Tribune