Telluride by the Sea Film Festival 2022 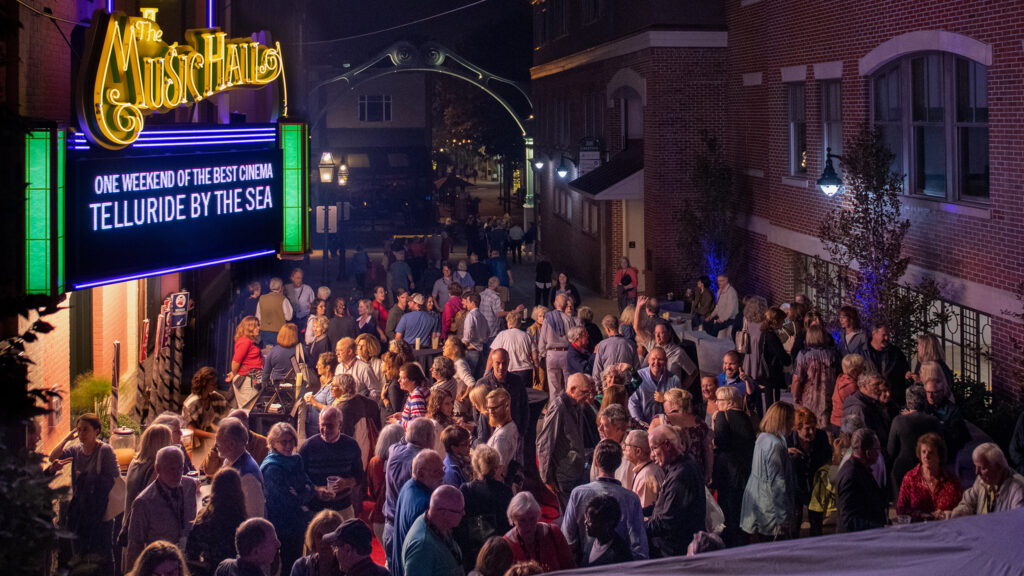 One Weekend of the Best Cinema! Movies fresh from their debuts at the 49th Telluride Film Festival in Colorado will be on screen at The Music Hall as Telluride by the Sea gets its 23rd year underway.

About Telluride by the Sea

The Music Hall and the Telluride Film Festival collaborate on an exclusive presentation of six new features, brought directly from their Colorado debuts. This unique and intimate Portsmouth event treats audience members from across the Northeast to an exclusive peek into the Telluride experience – packing one September weekend in Portsmouth with the latest international cinema, private parties, great music, delicious food, and inspired conversations with other cinephiles of all ages, tastes, and backgrounds.