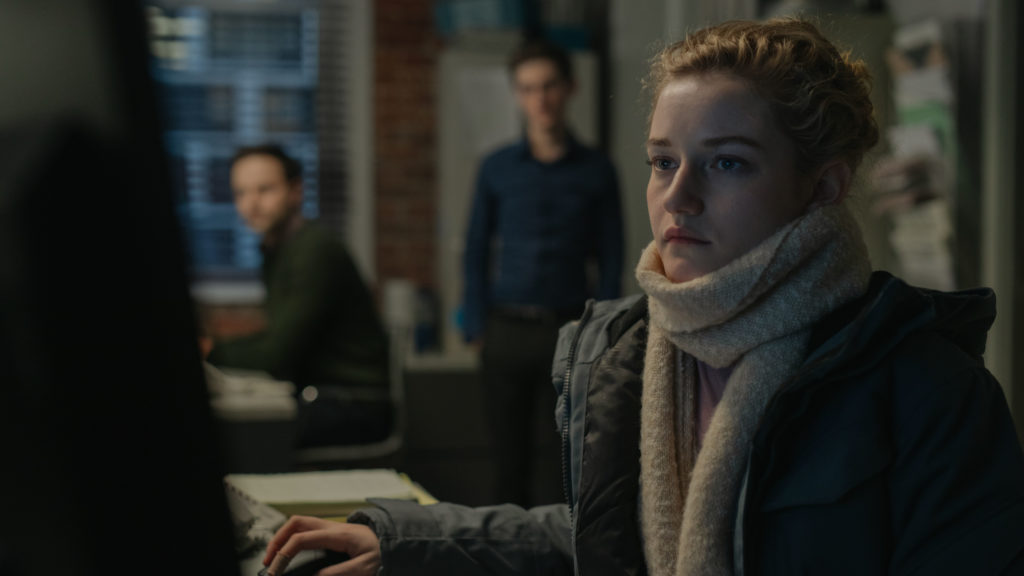 Cinema is packed with tales of powerful men. Australian writer-director Kitty Green turns her camera lens on another figure—the young woman who makes one such man’s life possible. Julia Garner plays the title role in this drama, as a new assistant working the desk of a domineering film executive, conscientiously managing his schedule, cleaning his office, and answering his phones. Over the course of one day, what seems like a humdrum if demanding entry-level job becomes treacherous, as Garner’s ambitious assistant finds herself enmeshed in the executive’s messy personal life, belittled by her male peers and increasingly aware of their boss’s predatory aims with the hopeful actresses who float into his office. As in her provocative documentaries Casting JonBenet (2017) and Ukraine Is Not A Brothel (2013), Green brings a sharp, nuanced angle to a story we thought we already knew.