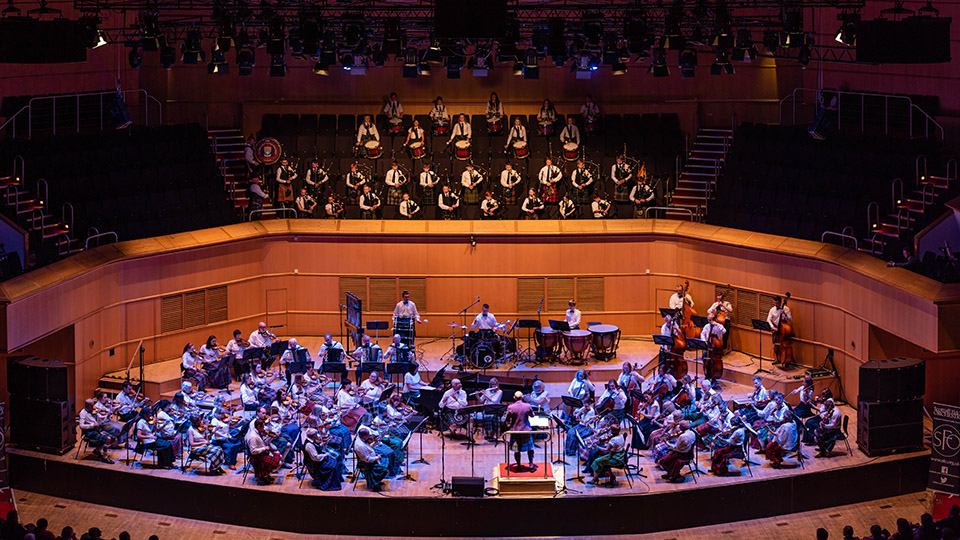 Please Note: This event has been postponed. We are currently working on a new date. We ask you for patience during this process. When a new performance date has been confirmed, we will reach out to ticket holders with that information.

Join The Scottish Fiddle Orchestra and enjoy a feast of all that is best in Scottish music and entertainment! The Orchestra returns to North America, bringing their unique sights and sounds of Scotland. Be gripped by the sound of massed fiddles; enchanted by emotional slow airs; captivated by moving lyrics and delighted by the Rhythmic Reels and Jigs – it’s enough to get even the hardened audience member up on their feet!

Not only will the orchestra be performing well known Scottish melodies, their accompanying guest soloists will have the audience wiping away nostalgic tears as they sing the songs of Scotland and have them rolling in the aisles with their Scottish charm and wit. Added to the massed fiddlers in their traditional dress of kilts and tartan, the orchestra will be joined on stage with pipes and drums to fill the auditorium with a sound that will last long in the memory of all who are present.

Playing to full halls the length and breadth of the UK, and internationally in Canada, Australia, New Zealand and China, the SFO are thrilled to be coming Stateside! Join them as they take you on a musical journey of rhythmic reels, jaunty jigs, stirring strathspeys, and hearty hornpipes— a night not to be missed!