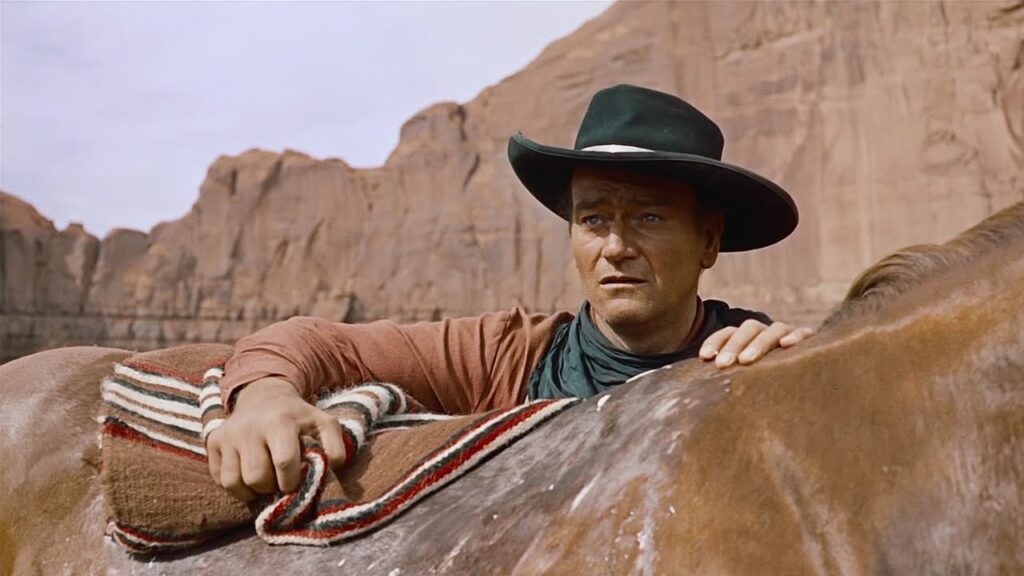 One fiercely independent man (John Wayne) rides a dangerous path from civilized society into the depths of savagery on the trail to find his abducted niece. Developed as an answer to the competition from another popular invention, television, wide-screen technology emerged in an effort to entice movie-goers back to the theater. Legendary director John Ford used the most cutting-edge high-resolution VistaVision equipment to capture the breathtaking Monument Valley backdrops in this universally acclaimed American masterpiece.