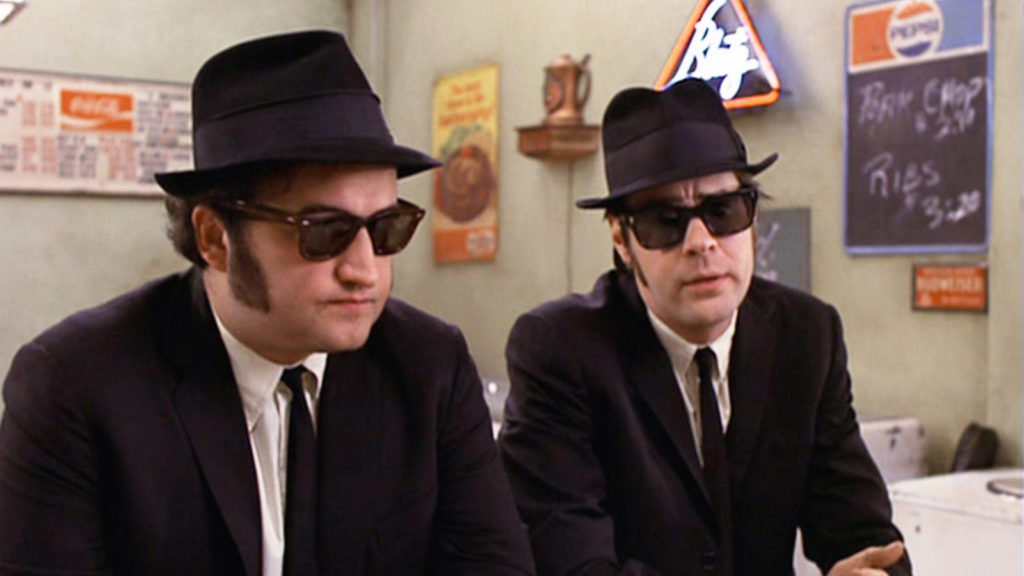 Join us this summer for some old-school film action! Several Thursdays throughout the summer we will feature screen favorites worth seeing again in The (air-conditioned) Music Hall on the big screen and with a bunch of fellow movie-lovers! These special screenings will begin at 8pm to leave more time for sunset dinners, cookouts, or drinks on the decks!

It’s time to get the band back together yet again! “Joliet” Jake and Elwood Blues are on a ‘Mission from God,’ mixing them up with Aretha Franklin, James Brown, Carrie Fisher, Ray Charles, Cab Calloway.