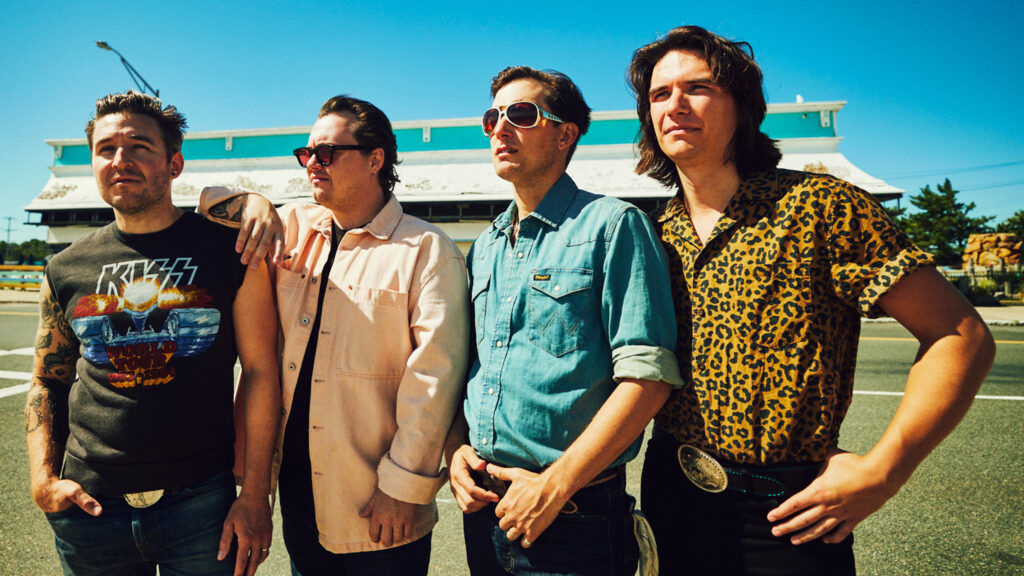 Ward Hayden & The Outliers (formerly Girls Guns & Glory) formed as a way to break from the music so commonly found on popular radio airwaves. Featuring Greg Hal on Upright/Electric Bass, Josh Kiggans on Drums and Cody Nilsen on Lead Guitar/Pedal Steel, the band has cut its teeth the old-fashioned way: on the road and on the stage. Since their formation, they’ve barnstormed far beyond their Boston hometown, playing honky-tonks, beer joints, and more recently, concert venues throughout the U.S. They’ve amassed a loyal legion of fans along the way. The media have noticed too, including Rolling Stone, which heralds them as a “modern-day Buddy Holly plus Dwight Yoakam divided by the Mavericks.”

Their love for early rock ’n’ roll, true country, raw blues and pretty much any kind of authentic American music branded them quickly as anomalous — and electrifying. The song topics run the gambit of love, hope, work-a-day life, the grind, and the results of those experiences on the body and mind.

The band, hailing from the Northeast, has always been outliers in the world of country music, often joking they were born out of time and out of place. But, they have stayed true to the sounds that inspired them and the genuine life experiences they’ve gone through no matter where they hail from. Ward Hayden and The Outliers are a musical force to be reckoned with. From heart-wrenching ballads, to foot-stompin’ rock ‘n’ roll, whether live or on record, Ward Hayden and the Outliers deliver every time.