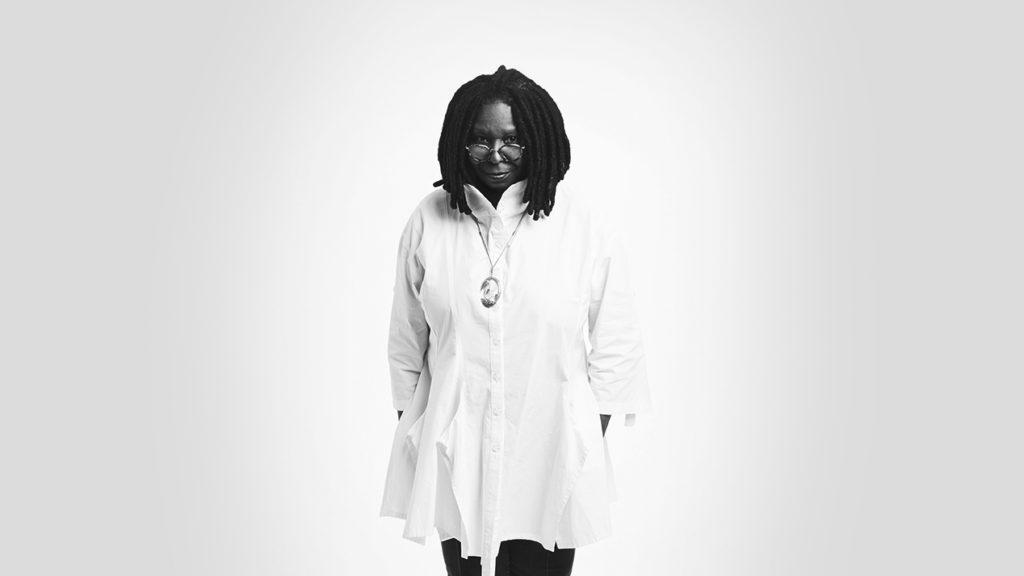 In 2002, Whoopi Goldberg became one of a very elite group of artists who have won the Grammy (Whoopi Goldberg, 1985), the Academy Award (Ghost, 1991), the Golden Globe (The Color Purple,”1985 and Ghost, 1991), the Emmy (as host of AMC’s Beyond Tara: The Extraordinary Life of Hattie McDaniel, 2002 and a Daytime Emmy for The View in 2009) and a Tony (Producer of Thoroughly Modern Millie, 2002). She is equally well-known for her humanitarian efforts on behalf of children, the homeless, human rights, education, substance abuse and the battle against AIDS, as well as many other causes and charities. Among her many charitable activities, Whoopi is a Goodwill Ambassador to the United Nations.

As she has in every other facet of her career, Whoopi has made her mark as a producer on television and on Broadway including SISTER ACT, which is currently playing throughout the world.

Among her many awards and honors, Whoopi has placed prints of her hands, feet, and braids in the forecourt of the famed Grauman’s Chinese Theatre and received her star on the Hollywood Walk of Fame in front of the Kodak Theatre.

Members
Saturday, December 1
The B2W Box Office opens at 10am for walk up sales; phone & online sales begin at noon.