Across Three Centuries of Theater in Portsmouth 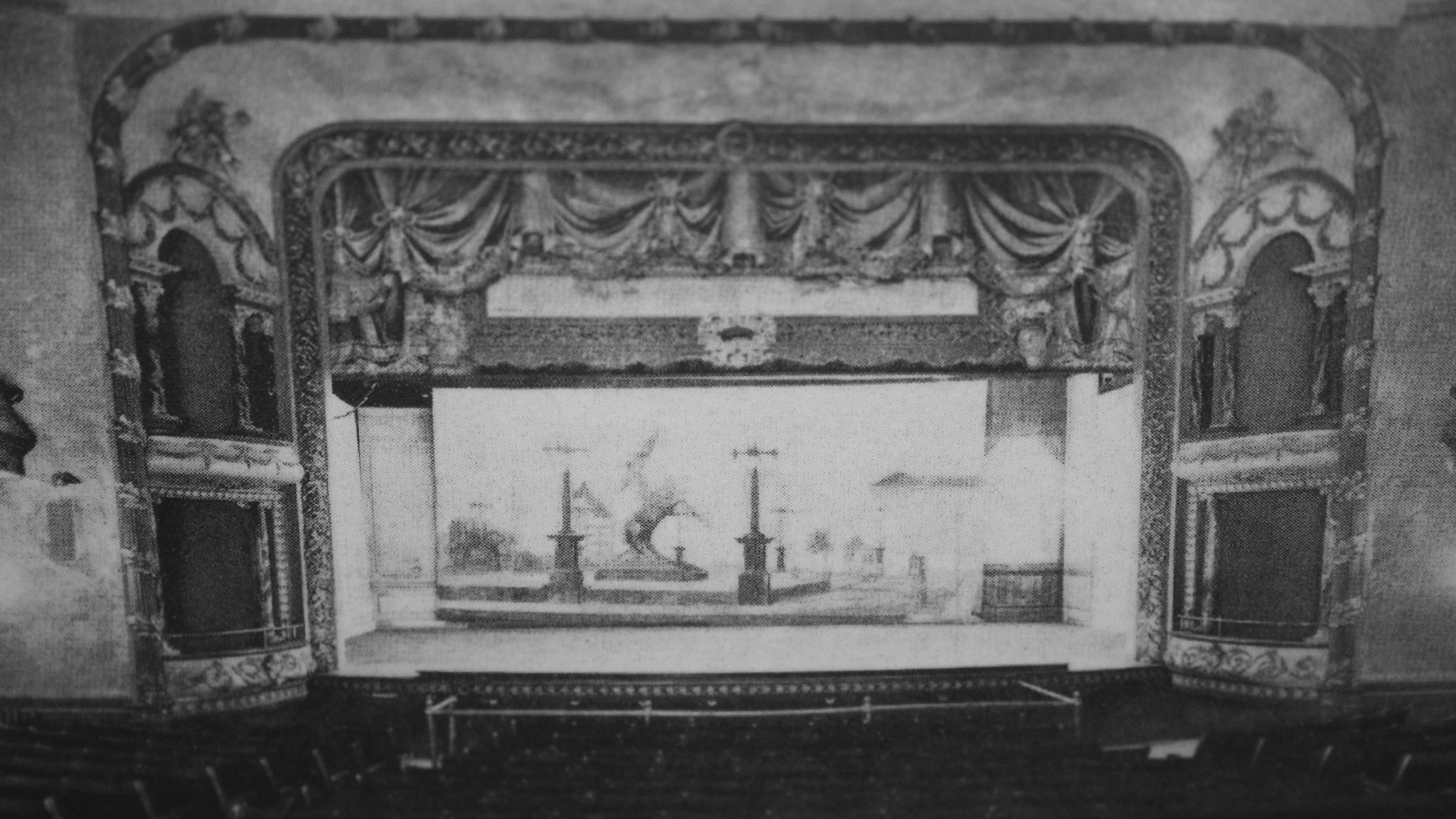 Hosted by J. Dennis Robinson, get a detailed history of Portsmouth and its arts and cultural scene from Colonial times to the present day.

A brief history of The Music Hall

From 1878, when The Music Hall first opened its doors as a Vaudeville theater, to its present incarnation as two robust arts venues, it has helped to position downtown Portsmouth, New Hampshire as one of the most vibrant cultural destinations in New England. These days, audiences visit the two theaters to see artists from Tony Bennett to Ray LaMontagne; literary giants from Dan Brown to Margaret Atwood, comedians from Lily Tomlin to Trevor Noah, thought leaders from Deepak Chopra to Gary Taubes, Broadway-caliber musical theatre, Oscar-worthy indie movies, and much more.

In 1901, local politician, ale brewer, and developer, Frank Jones purchased the theater. His remodel added the proscenium arch and opera boxes you see today. The Music Hall became a popular downtown destination through the mid-1920s, featuring Broadway shows directly from New York City on national tours. Between the two World Wars, the theater largely served as a venue for local events and movies and struggled to compete with other arts venues that had come on the scene. A local Kittery man purchased the building in 1945 and renamed it The Civic. Over the next four decades, Music Hall audiences watched movies here; many Seacoast residents have fond memories of seeing films at The Civic, from a first movie with their family to a first date.

In the mid-1980s the now dated theater came up for auction after a brief closure. Fearing a wrecking ball, a group of concerned citizens organized as The Friends of The Music Hall—following the footsteps of the Peirce family nearly a century before—and the theater emerged as a nonprofit center for the arts.

In the 30 years since, the 895-seat Historic Theater and 120-seat Loft that opened in 2011 have once again secured The Music Hall as a cultural hub of downtown Portsmouth—building community, inspiring civil discourse, educating, entertaining, and inspiring audiences of all ages. The Historic Theater was named an American Treasure in 2003 by The Department of the Interior. A capital campaign was launched in 2006, and an inspired donor base participated in funding a stunning restoration that ultimately resulted in a fanciful proscenium arch, a storied dome anchored by a resplendent crystal chandelier, and a fantastical lower lobby with comfortable gathering space and the most talked-about bathrooms in town, with an award-winning design that evokes a Gaudi-esque wonderland.

Back on Chestnut Street, the most recent updates include a renovation of the street in collaboration with the City of Portsmouth (completed in June 2018); full restoration of the building exterior and a spectacular neon marquee illuminating the façade of the Historic Theater; and a gift of public art in the form of a wayfinding archway to the city, the Chestnut Street Arch.

In 2022 The Loft underwent a complete renovation, re-emerging as The Music Hall Lounge, a 116-seat cabaret nightclub.

The Music Hall staff and board look forward to working together with our community to build economic and social stability and secure the future of our Seacoast jewels for many generations to come.

Learn More About Us

This fully researched, color illustrated history traces the cultural development of Portsmouth, New Hampshire, from the arrival of its first settlers.

The Music Hall was built in 1878 and expanded by “ale tycoon” Frank Jones in 1901. Within these brick walls generations have watched America evolve from minstrel shows to musicals and Hollywood blockbusters, from animal acts to symphony orchestras, and from vaudeville to TEDx talks.

Shuttered and decaying during World War II, New Hampshire’s vintage venue went on the auction block in 1945. It served as a movie house for the next four decades.

Saved from demolition by a grassroots team of volunteers in the 1980s and gradually restored to its Victorian splendor, it has been pivotal in revitalizing the city’s downtown.

Signature programs like the “Telluride by the Sea Film Festival” and “Writers on a New England Stage” put this historic theater on the national map. A must-read for anyone who cherishes the performing arts.

Or pick up your copy at the B2W Box office at The Music Hall, 28 Chestnut St., Portsmouth, NH 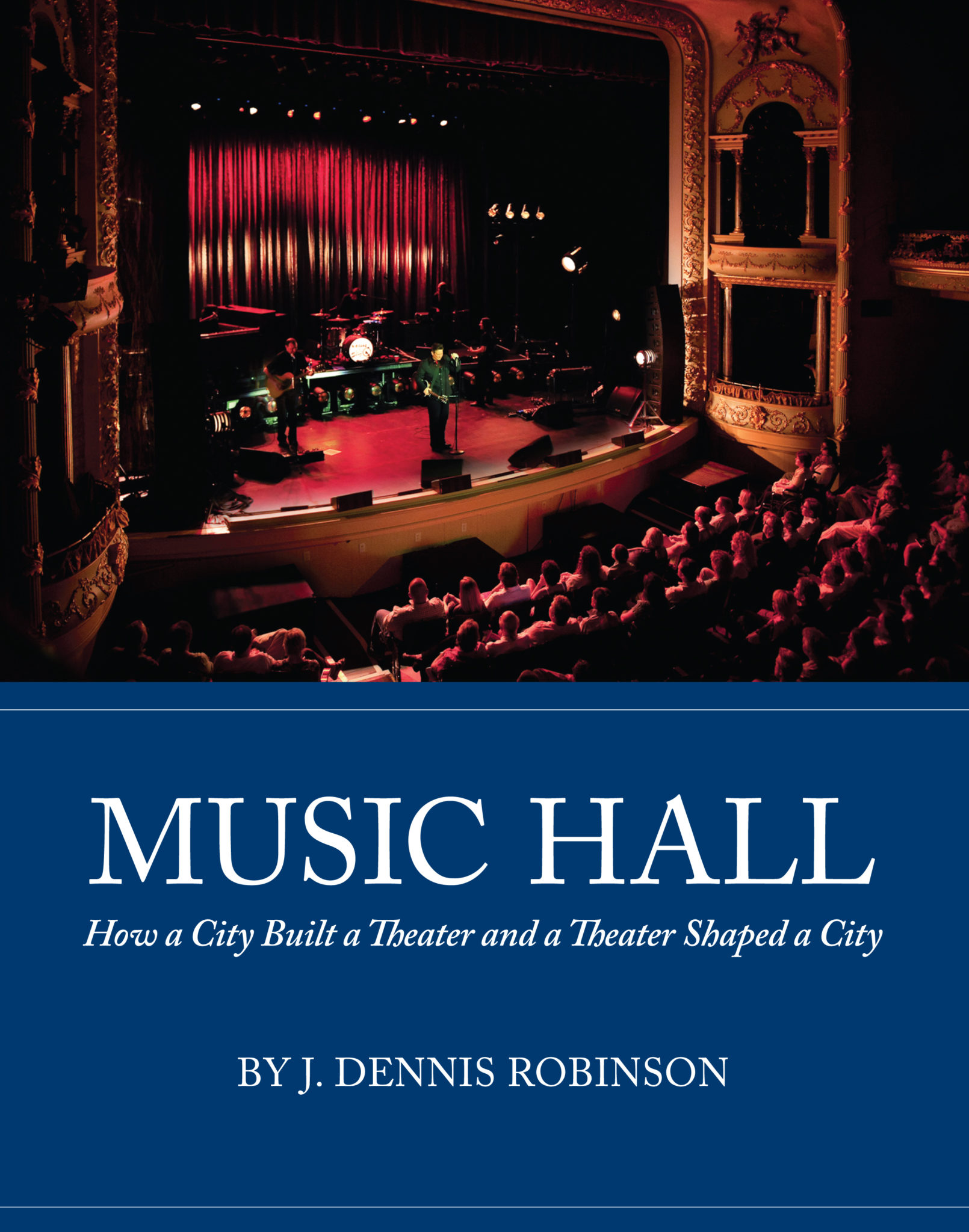