Presented by The Housing Partnership 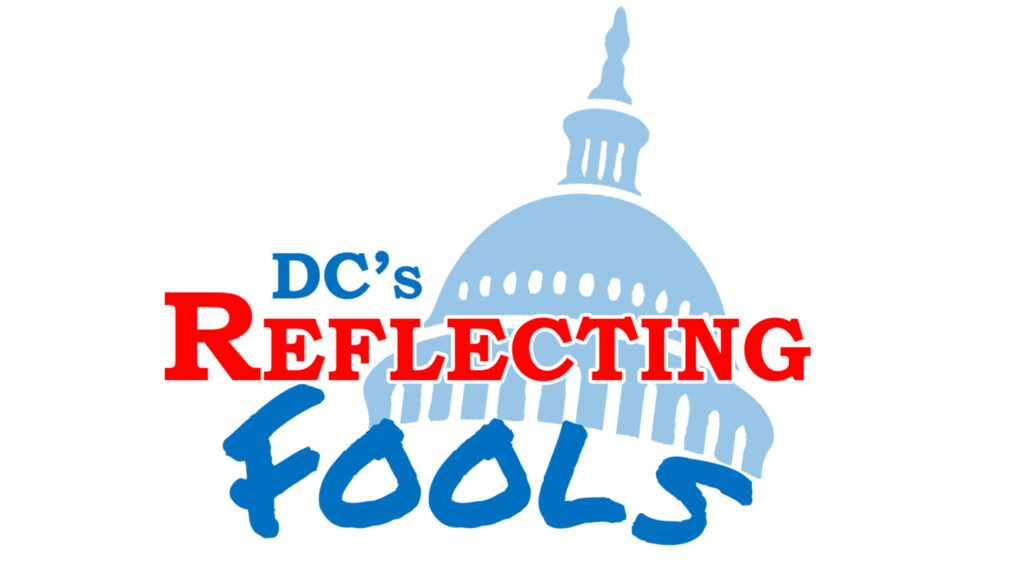 The stairway to heavenly political satire originally laid by the Capitol Steps continues upward with DC’s Reflecting Fools—the new musical parody group created by the performers and co-writer from the Capitol Steps. DC’s Reflecting Fools hold up a mirror to our crazy political culture, providing hilarious, bi-partisan song parodies and foolish reflections on both sides of the aisle that continue to inspire belly-laughter.

Audiences will continue to see cast members from past seasons of the Capitol Steps performing all the beloved bits, the show-ending and mind-boggling backward talking spoonerisms, break-neck costume changes, over-the-top impressions, and all-new song parodies reflecting the day’s news. Let’s welcome some reflection! Join us for the unveiling of the next political movement in comedy sweeping the country – DC’s Reflecting Fools.

On Sale To All
Online, Phone, & Walkup:
noon Wed., November 2