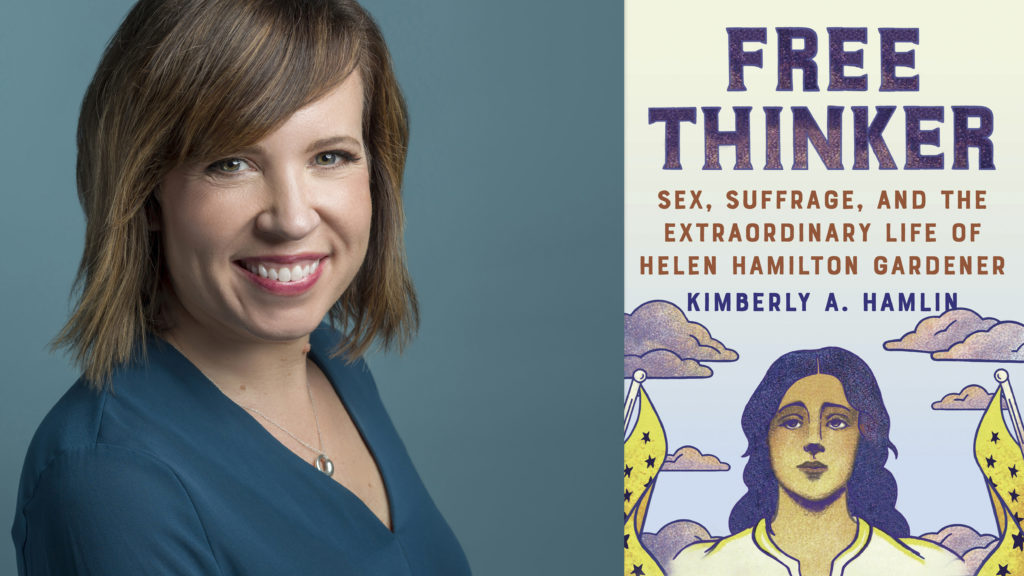 Please note: This show has been rescheduled for Thursday, October 15, 2020. All previously purchased tickets will be honored. If you can’t make the rescheduled date, please contact our Box Office (603.436.2400) to receive a refund, or a credit toward another show, or consider donating the ticket to our theater.

A story of transgression in the face of religious ideology, a racist and sexist scientific establishment, and political resistance to securing women’s right to vote.

When Ohio newspapers published the story of Alice Chenoweth’s affair with a married man, she changed her name to Helen Hamilton Gardener, moved to New York, and devoted her life to championing women’s rights and decrying the sexual double standard. She became one of the most sought-after speakers on the nineteenth-century lecture circuit, published seven books and countless essays, supported herself, hobnobbed with the most interesting thinkers of her era, visited twenty-two countries, and was celebrated for her audacious ideas and keen wit. Opposed to piety, temperance, and conventional thinking, Gardener eventually settled in Washington, D.C., where her tireless work proved, according to her colleague Maud Wood Park, “the most potent factor” in the passage of the Nineteenth Amendment.

Free Thinker is the first biography of Helen Hamilton Gardener, who died as the highest-ranking woman in the federal government and a national symbol of female citizenship. Her life sheds new light on why it was not until the passage of the 1965 Voting Rights Act that the Nineteenth Amendment became a reality for all women.

Celebrated in her own time but lost to history in ours, Gardener was hailed as the “Harriet Beecher Stowe of Fallen Women.” Free Thinker is the story of a woman whose struggles, both personal and political, resound in today’s fight for gender and sexual equity.