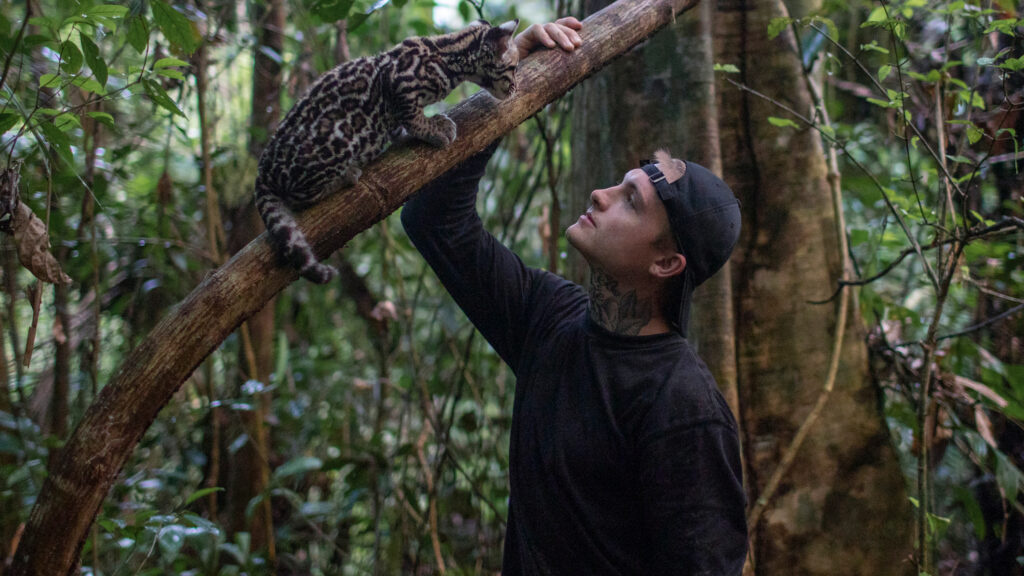 Harry, a British Afghan war vet crippled by depression and PTSD, arrives at an animal rescue program deep in the Peruvian jungle and finds solace while nurturing an orphaned baby ocelot whom he is preparing for reentry into the wild. He’s assisted by the project’s creator Samantha—a brilliant, academically trained conservationist with her own anguished family history. As Harry begins taking steps toward emotional health, he finds the jungle a brutal proving ground, with poachers, clear-cutters, and non-human predators all around, with loneliness stalking his psyche. Harry needs the animals as desperately as the animals need him, and even they may not be enough. Along with supplying ravishing landscape and wildlife imagery and a taut story, producer-directors Trevor Beck Frost and Melissa Lesh have created something more impressive: a compelling and sometimes harrowing psychological documentary of two people who are living, in every conceivable sense, on the edge.