A Joyful Juneteenth Celebration with N’Kenge 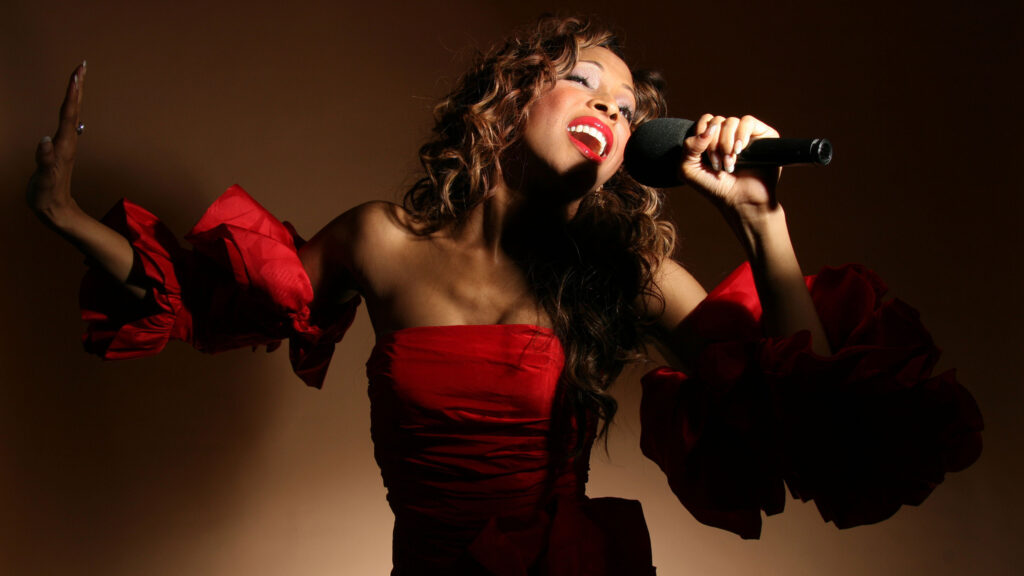 Seating will be socially distanced at this live show. For information on our policies and procedures to ensure your safety, and the safety of our staff and volunteers, please visit our COVID-19 Protocols page.

A collaboration with Black Heritage Trail of NH and part of their Juneteenth celebration.

Performing a selection of songs and readings, the evening will feature music by Aretha, Adele, Cole Porter, and the musical Wicked. You’ll leave the Hall “feelin’ good”!

N’Kenge is an international award-winning singer and performer with a musical range that spans 11 languages and includes genres that stretch from opera, gospel, and jazz to pop and musical theatre. N’Kenge was called “Electrifying” by the NY Post in the role of Mary Wells that she originated in Broadway’s smash hit Motown: The Musical. N’Kenge was recently seen on national TV singing the National Anthem at Madison Square Garden and will be returning to Broadway this fall in the role of The Moon in the revival of Caroline, or Change.
​
A graduate of both The Juilliard School and Manhattan School Of Music, N’Kenge starred in a Man in the Mirror world tribute show and soon after made her Broadway debut in Sondheim on Sondheim singing alongside Vanessa Williams, Barbara Cook, Tom Wopat, and Norm Lewis.

An established international performer, N’Kenge starred in London’s West End at the Theatre Royal in a tribute to the late great Ray Charles and has done solo engagements at Carnegie Hall, Lincoln Center, and the Library of Congress in Washington, DC. ​N’Kenge has had the honor of singing at the White House for President Bill Clinton and for the Commander-in-Chief Ball for President Obama. N’Kenge is also the star, conceiver, and producer of Broadway-bound musical based on Hollywood’s very own African-American star Dorothy Dandridge.