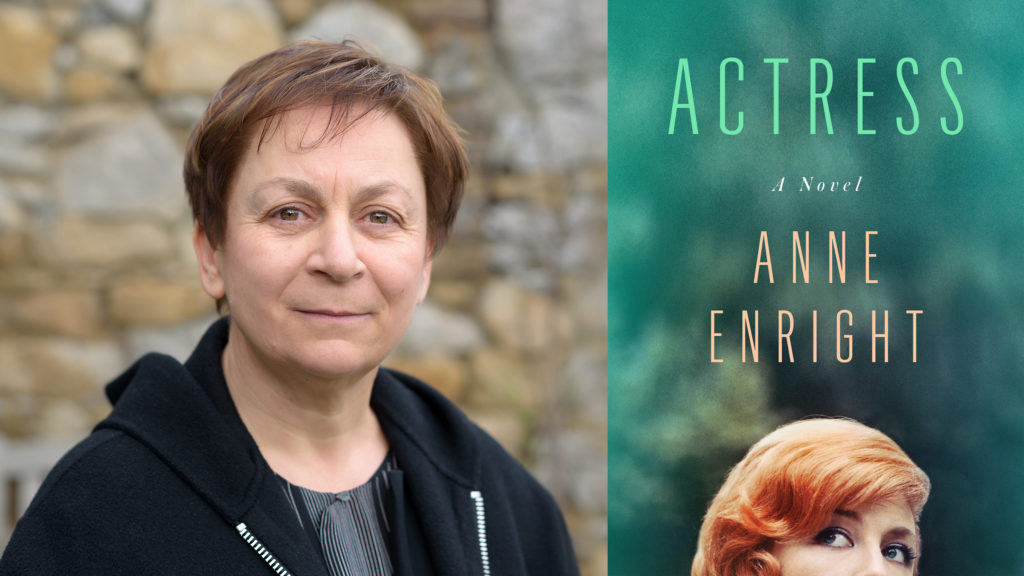 Booker Prize-winning author of The Gathering Anne Enright’s new novel Actress is a mother-daughter love story and a deliciously wry valentine to the theatrical life—from small-town Ireland to Broadway to Hollywood.

Norah O’Dell’s mother Katherine is a brilliant theater legend and a hopelessly needy and evasive parent. As she sorts through her mother’s belongings, Norah, now middle-aged, conjures scenes from her mother’s tragicomic life. Born into a theater family, Katherine O’Dell ascends from Ireland’s version of the bus-and-truck circuit, to London’s West End, to Broadway, and finally to Hollywood, where she briefly stars as a Maureen O’Hara-like Irish rose.

Every moment of Katherine’s life is a performance, with young Norah standing at the wings. With age, alcohol, and dimming stardom, Katherine’s grip on reality grows fitful and fueled by an interior monologue that reads like a casting-couch nightmare as told by Molly Bloom, Katherine ultimately commits the crime of shooting a pompous agent in the foot. As her role changes to Katherine’s protector, caregiver, and finally legacy-keeper, Norah comes to understand her mother’s fierce commitment to the love that binds an actress and her audience.

Anne Enright was born in Dublin, where she now lives and works. She has published three volumes of stories, one book of nonfiction, and five novels. In 2015, she was named the inaugural Laureate for Irish Fiction. Her novel, The Gathering won the Man Booker Prize and The Forgotten Waltz won the Andrew Carnegie Medal for Excellence in Fiction.

“A master of emotional excavation”–O Magazine