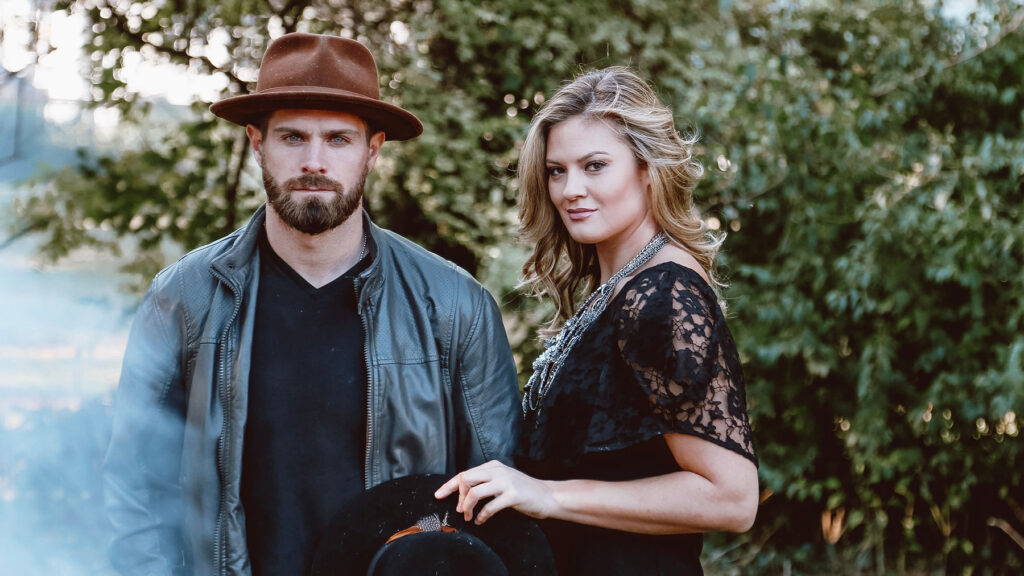 With sweet harmonies and a catchy concoction of melodies, Massachusetts natives and country duo, Ayla Brown & Rob Bellamy, first began writing songs together after meeting over a 1000 miles away in Nashville. They eventually began recording demos, uploading videos on Facebook and YouTube of their songs, and booking shows together along the East coast. In 2019, they released their first EP, Make it Mean Something.

Rob Bellamy recorded and released an EP called Long Freight Train in 2016 and a single called “Walk it with Me” in 2020, and since the release he has been touring and opening up for country music artists such as Carly Pearce, Mark Wills, Dylan Scott and Russell Dickerson. Recently, he was Country 102.5’s “Catch of the Week,” where weekly they highlight an emerging country artist.

For Live Under the Arch events, capacity in the lower lobby (bathroom access) is limited to 10 people at a time. Anytime patrons are not seated at their tables, masks are to be worn. All staff and volunteers will be in masks and taking safety precautions for fellow staff members and our patrons. Each table is exclusive to the ticket buyer. No tables are shared.

On Sale To All
Noon Wednesday, August 5