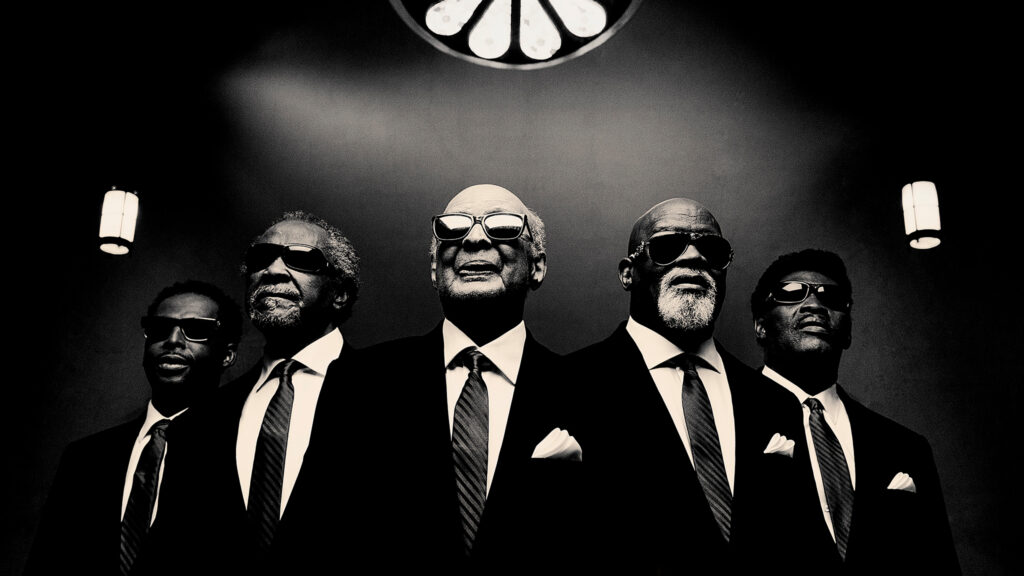 The Blind Boys of Alabama are recognized worldwide as living legends of gospel music. Celebrated by The National Endowment for the Arts and the National Academy of Recording Arts and Sciences with Lifetime Achievement Awards, inducted into the Gospel Music Hall of Fame, and winners of five Grammy Awards, they have attained the highest levels of achievement in a career that spans over 70 years. The Blind Boys are known for crossing multiple musical boundaries with their remarkable interpretations of everything from traditional gospel favorites to contemporary spiritual material by songwriters such as Eric Clapton, Prince, and Tom Waits. They have appeared on recordings with many artists, including Lou Reed, Peter Gabriel, Bonnie Raitt, Willie Nelson, Aaron Neville, Susan Tedeschi, Ben Harper, Patty Griffin, and Taj Mahal. The Blind Boys of Alabama have also appeared on The Tonight Show, Late Night, The Grammy Awards, 60 Minutes, The Colbert Report, and many other television shows.

Fifty years of nonstop touring, performing and recording have reaped huge rewards. Charlie Musselwhite is living proof that great music only gets better with age. Charlie has been collaborating with the world’s finest artists for many years, including Ben Harper, Cyndi Lauper, Eddie Vedder, Tom Waits, Bonnie Raitt, The Blind Boys of Alabama, Cat Stevens, and personal friend and best man at his wedding John Lee Hooker.

Musselwhite, more than any other harmonica player of his generation, can rightfully lay claim to inheriting the mantle of many of the great harp players that came before him with music as dark as Mississippi mud and as uplifting as the blue skies of California. This singular blues harp player, singer, songwriter, and guitarist has earned and deserves to be honored as a true master of American classic vernacular music.