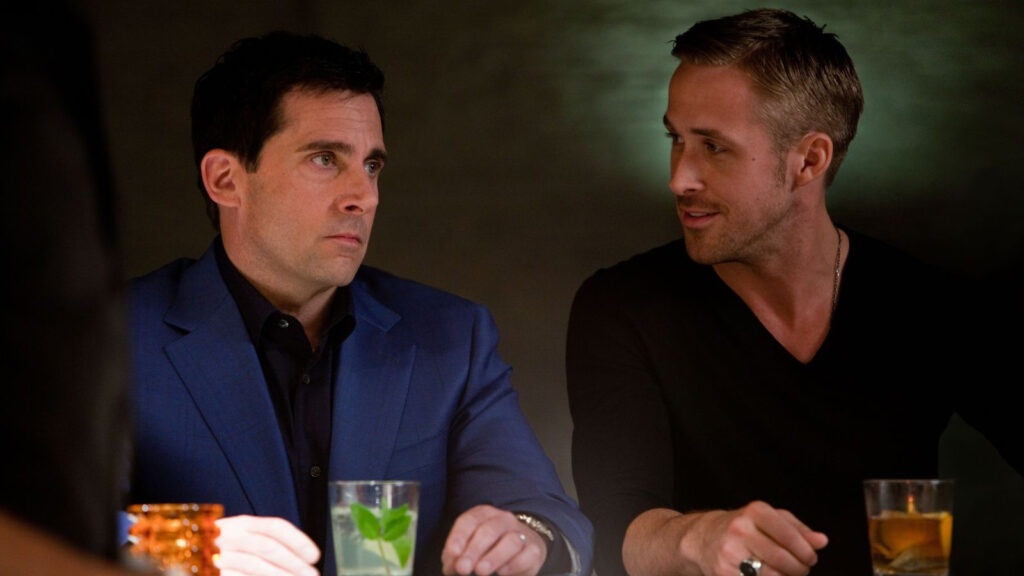 At forty-something, straight-laced Cal Weaver (Steve Carell) is living the dream — good job, nice house, great kids and marriage to his high school sweetheart. But when Cal learns that his wife, Emily (Julianne Moore), has cheated on him and wants a divorce, his “perfect” life quickly unravels. Worse, in today’s single world, Cal, who hasn’t dated in decades, stands out as the epitome of un-smooth. Now, spending his free evenings sulking alone at a local bar, the hapless Cal is taken on as wingman and protégé to handsome thirty-something player Jacob Palmer (Ryan Gosling). In an effort to help Cal get over his wife and start living his life, Jacob opens Cal’s eyes to the many options before him: flirty women, manly drinks and a sense of style that can’t be found at Supercuts or The Gap. Cal and Emily aren’t the only ones looking for love in what might be all the wrong places: Cal’s 13-year-old son, Robbie, is crazy about his 17-year-old babysitter, Jessica, who harbors a crush on Cal. And despite Cal’s makeover and his many new conquests, the one thing that can’t be made over is his heart, which seems to keep leading him back to where he began.