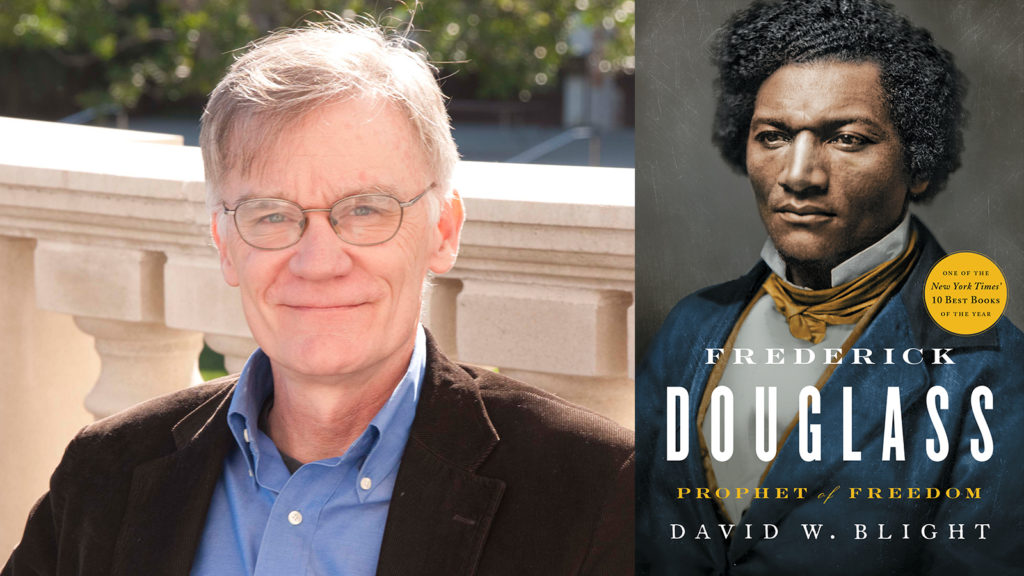 Winner of the 2019 Pulitzer Prize for History.
A New York Times, Wall Street Journal, and Time Top 10 Book of the Year

Don’t miss hearing from David Blight, the author of the Pulitzer Prize-winning biography on Frederick Douglass, the escaped slave who became the greatest orator of his day and one of the leading abolitionists and writers of the era.

In this “cinematic and deeply engaging” (The New York Times Book Review) biography, David Blight has drawn on new information held in a private collection that few other historians have consulted, as well as recently discovered issues of Douglass’s newspapers.

Frederick Douglass spoke in Portsmouth in 1862 at the Temple, which would later become the site of The Music Hall.

David W. Blight is the Sterling Professor of History and Director of the Gilder Lehrman Center for the Study of Slavery, Resistance, and Abolition at Yale University. He is the author or editor of a dozen books, including American Oracle: The Civil War in the Civil Rights Era; and annotated editions of Douglass’s first two autobiographies. He has been awarded the Bancroft Prize, the Abraham Lincoln Prize, and the Frederick Douglass Prize, among others.

Listen to David Blight’s interview on NPR and find out more about Frederick Douglass’s past on Jan. 16!

For each 1-2 tickets sold, the purchase of a book voucher (Frederick Douglass, $20 paperback) is required. Vouchers can be redeemed on the event night for signed copies.