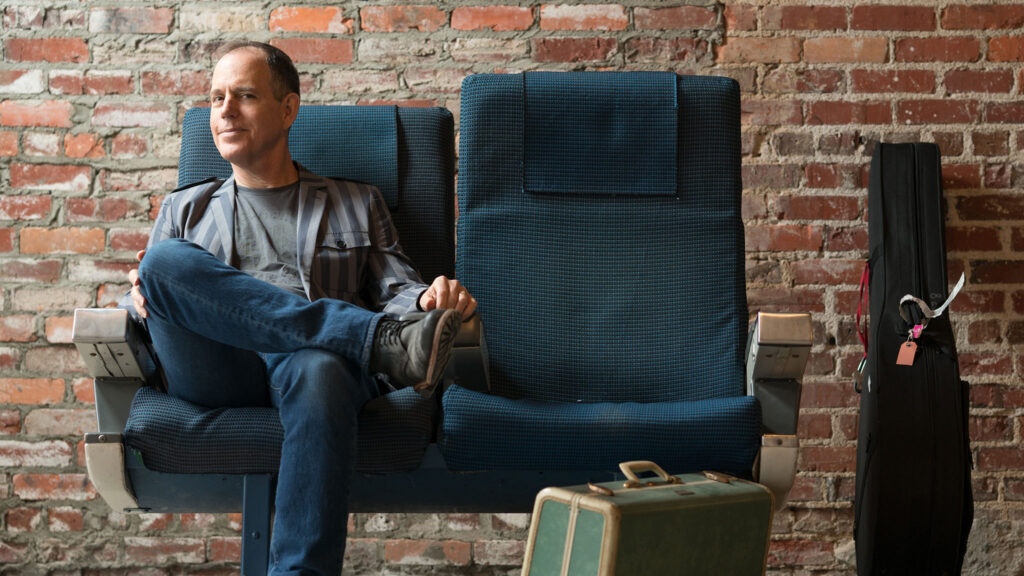 More than three decades into his career, singer/songwriter David Wilcox continues to push himself, just as he always has. Wilcox, by so many measures, is a quintessential folk singer, telling stories full of heart, humor, and hope, substance, searching, and style. His innate sense of adventure and authenticity is why critics and colleagues, alike, have always praised not just his artistry, but his humanity, as well.

In the 30 years and more than 20 records since his debut — whether with a major label, an indie company, or his own imprint — Wilcox has continued to hone his craft, pairing thoughtful insights with his warm baritone, open tunings, and deft technique. He’s also kept up a brisk and thorough tour itinerary, performing 80 to 100 shows a year throughout the U.S., and regularly deploying his talents by improvising a “Musical Medicine” song for an audience member in need. In recent years he’s taken that process a step further, carefully writing and recording dozens of his “Custom Songs” for long-time fans who seek his help in commemorating and explaining the key milestones in their lives.

Lest anyone think that he’s lost his touch, Wilcox pulled no punches on his most recent release, 2018’s The View From the Edge. Not only does the song cycle find him delving into mental health, family legacies, spiritual contemplations, and topical concerns, the song “We Make the Way By Walking” also won him the Grand Prize in the 2018 USA Songwriting Contest.