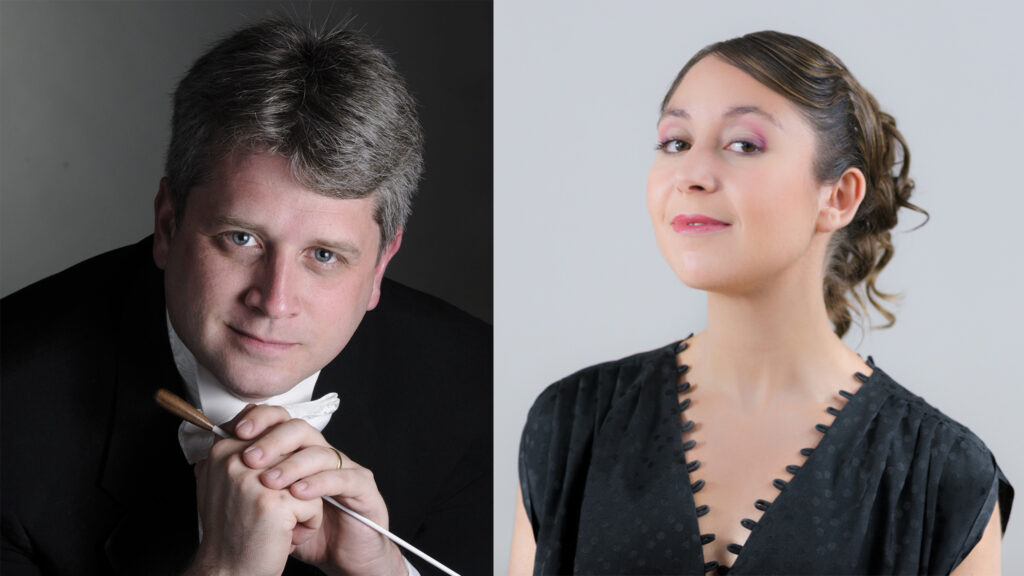 Join the Great Bay Philharmonic Orchestra for an evening of uplifting orchestral music featuring French pianist Mathilde Handelsman. The program begins with Mozart’s Piano Concerto No. 17 in G major, a work full of joyfulness, lyricism, and the composer’s unerring sense of drama. George Walker’s devastatingly beautiful Lyric for Strings is the composer’s own reworking of the slow movement of his first string quartet, inspired by and dedicated to the memory of his grandmother. The concert will conclude with Peter Ilych Tchaikovsky’s formidable masterpiece for strings, the Serenade in C Major.

Recognized for her unusual, imaginative, and refined interpretations, Mathilde Handelsman has appeared as a soloist and chamber musician throughout Europe and the United States. Recent festival performances include the Tanglewood Music Center, Sarasota Music Festival, Wissembourg International Music Festival, and Pianofest in the Hamptons. In 2019, Sheva released her début solo album devoted to Claude Debussy.

A regional professional orchestra based in the Seacoast of New Hampshire, the Great Bay Philharmonic Orchestra burst onto the scene in 2018 as one of the most exciting new music ensembles in northern New England. The orchestra is led by its Music Director, David Upham.