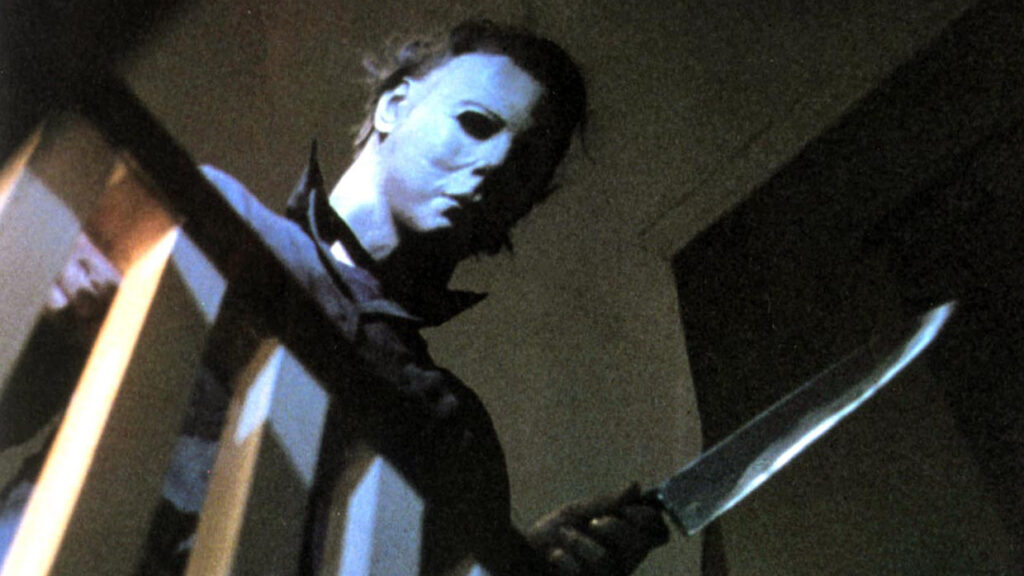 On a cold Halloween night in 1963, six-year-old Michael Myers brutally murdered his 17-year-old sister, Judith. He was sentenced and locked away inside a sanitarium under the care of child psychiatrist Dr. Sam Loomis. On October 30, 1978, Myers escapes and makes his way back home to Haddonfield, turning a night of tricks and treats into something much more sinister for three young women, including Laurie Strode, the star-making role for Jamie Lee Curtis. John Carpenter’s seminal 1978 classic Halloween premiered in cinemas and on drive-in screens over four decades ago, changing the landscape of horror cinema. It stunned audiences worldwide and has since inspired countless films in this genre. Since its debut on movie screens 40+ years ago, Halloween still holds its place as a horror masterpiece. In 2006, it was selected by the Library of Congress to be preserved in the U.S. National Film Registry for its cultural significance.