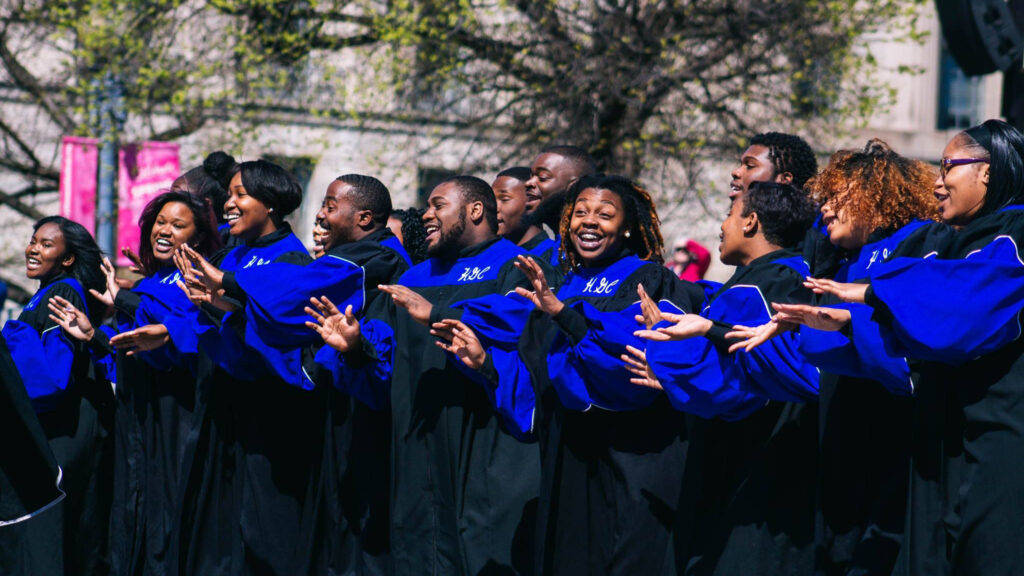 Founded in the fall of 1968 by Melanie Russell and Rosalind Thompkins, the Howard Gospel Choir (HGC) of Howard University is the first collegiate choir of its kind in the world. As a result, HGC has pioneered an international legacy in gospel music ministry. In addition to distinguished professionals in every imaginable discipline, past members of this award-winning ensemble include Grammy Award winners Richard Smallwood, Coré Cotton (member of Sounds of Blackness), and Elbernita “Twinkie” Clark of the legendary Clark Sisters, as well as R&B star Ángela Winbush.

For almost five decades, the Howard Gospel Choir has set a very high standard as a premier performing arts ensemble, singing at a wide variety of venues in and around the Greater Washington, D.C. Metropolitan Area including The White House, the Capitol Building, the Kennedy Center, and the Smithsonian Museum of American History. Most recently, HGC was a part of ABC Television’s Emmy Award winning special Taking the Stage, which celebrated the grand opening of the Smithsonian National Museum of African American History and Culture.

From the outset, the Howard Gospel Choir has been in constant demand, and has been blessed to share the stage with a number of musical luminaries including Barry Manilow, Tony Bennett, Stevie Wonder, and Patti LaBelle. Additionally, HGC has performed at functions that have featured prominent political, religious and public figures such as President Barack Obama, Dr. Henry Louis Gates, Jr., the Reverend Jesse Jackson, and the Reverend Dr. Jeremiah A. Wright, Jr.

This event is presented in partnership with the Black Heritage Trail of New Hampshire.