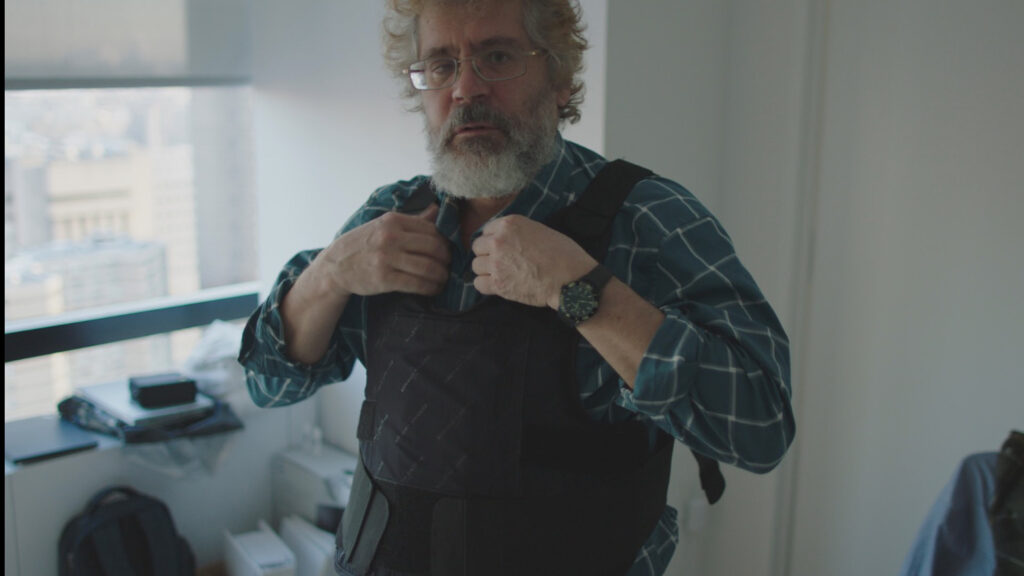 In his Oscar-winning documentary Icarus, Bryan Fogel helped the Russian scientist Grigory Rodchenkov blow the whistle on Russia’s unsavory and illegal use of performance-enhancing drugs in training Olympic athletes. Fogel’s follow-up provides a hair-raising mixture of Kafkaesque nightmare and Le Carré-type suspense as, over the course of three years, Rodchenkov is a nomad refugee, continuously moving residences, protected by his heard-but-never-seen security detail. Why? Vladimir Putin has publicly stated his determination to kill Rodchenkov, leading to a virtual fatwa supported by Russia’s entire political and cultural apparatus. Fogel’s astonishing story includes Rodchenkov’s daring attempts to counter Putin’s charges, and his painful efforts to obtain U.S. citizenship. Though sometimes hilariously narcissistic, Rodchenkov is more a hero than any Marvel character: brilliantly articulate and audaciously brave, he serves as a devastatingly complex tragicomic symbol of the Russian people’s anguished endurance under Putin’s vicious rule.