Imagine I’m Someone Else 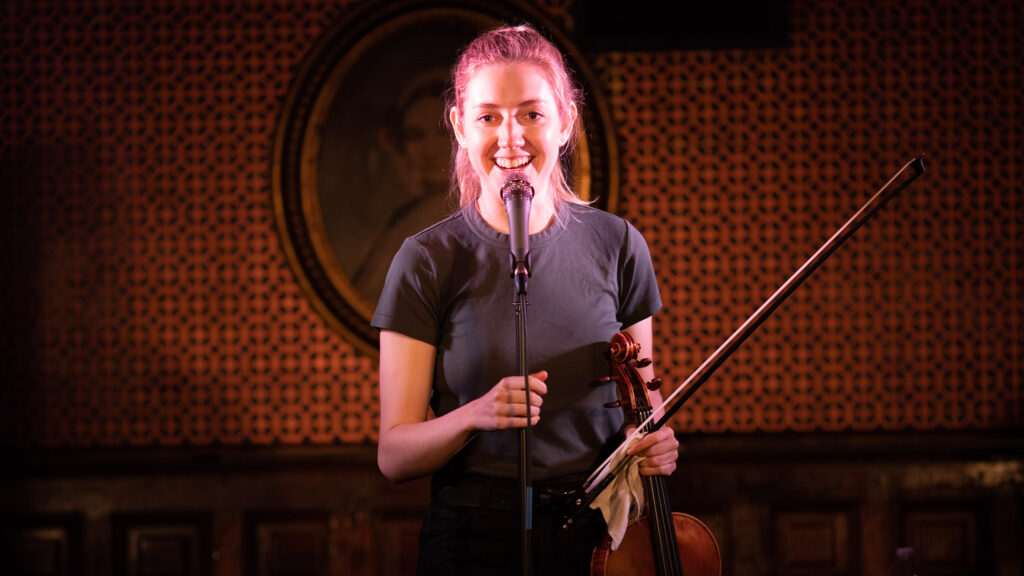 Comedian and Juilliard-trained violist Isabel Hagen (seen on The Tonight Show with Jimmy Fallon) explores self-doubt, consciousness, and a little sexuality while tackling big questions like, “what does it mean to be happy?” and “what’s a viola?” in this one-woman viola and comedy variety show that is like nothing you’ve ever seen before.

Isabel Hagen is a stand-up comedian and a classically trained violist. Every little girl’s dream. She began pursuing stand-up upon graduating from The Juilliard School. Her parents have been surprisingly supportive of this. Isabel was named a “New Face of Comedy” at Montreal’s Just for Laughs Festival in 2019. She made her debut performance on The Tonight Show starring Jimmy Fallon on March 11, 2020, and was the last comic to perform before the quarantine. She also won 1st place in the 2019 One Liner Madness competition at the Bell House in Brooklyn, beating out 60 other New York City comedians.

As a violist, Isabel has played in the orchestra pit for several productions on Broadway including Les Misérables, Fiddler on the Roof, and Rocktopia. She worked with numerous artists such as Björk, Max Richter, The National, and Steve Reich. Isabel has also appeared multiple times with musical guests on The Tonight Show (with Zara Larsson, Ellie Goulding, Kygo, and The National). She holds a bachelor’s and master’s degree from Juilliard.