These Truths: A History of the United States 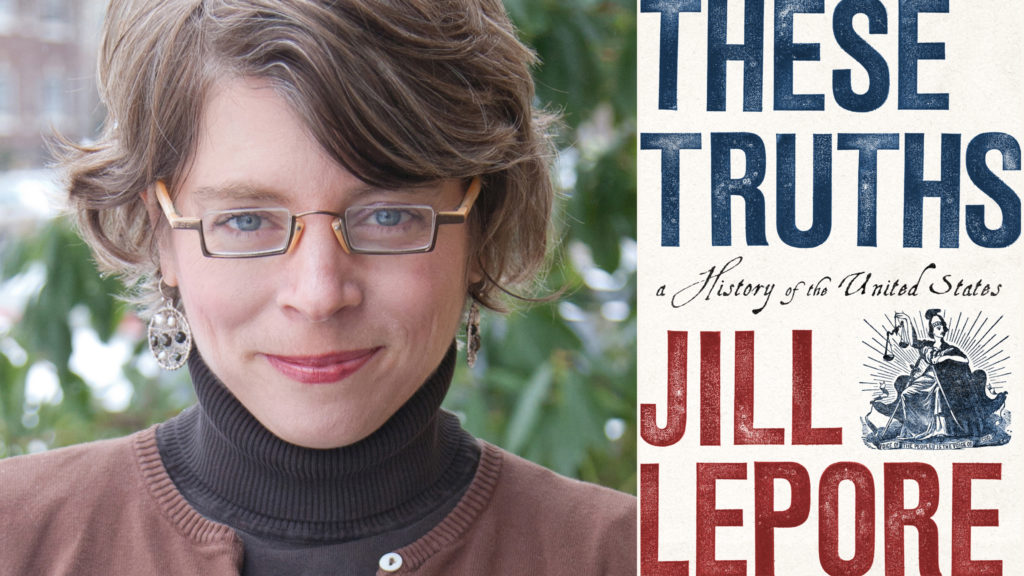 The award-winning Harvard historian returns to the Loft with a magisterial account of the origins and rise of our divided nation—the most ambitious one-volume American history in decades.

The American experiment rests on three ideas, “these truths,” Jefferson called them: political equality, natural rights, and the sovereignty of the people. And it rests, too, “on a dedication to inquiry, fearless and unflinching,” writes Jill Lepore in this groundbreaking investigation into the American past.

In riveting prose, These Truths places truth itself at the center of the nation’s history. It tells the story of America, beginning in 1492, to ask whether the course of events has proven the nation’s founding truths, or belied them.

A spellbinding chronicle filled with arresting sketches of Americans, from John Winthrop and Frederick Douglass to Pauli Murray and Phyllis Schlafly, These Truths weaves American history into a majestic tapestry of faith and hope, of peril and prosperity, of technological progress and moral anguish. It offers an authoritative new history of a great, and greatly troubled, nation.

Don’t miss hearing from Jill Lepore about this insightful and important new work.

“In this inspiring and enlightening book, Jill Lepore accomplishes the grand task of telling us what we need to know about our past in order to be good citizens today.” — Walter Isaacson, author and University Professor of History, Tulane