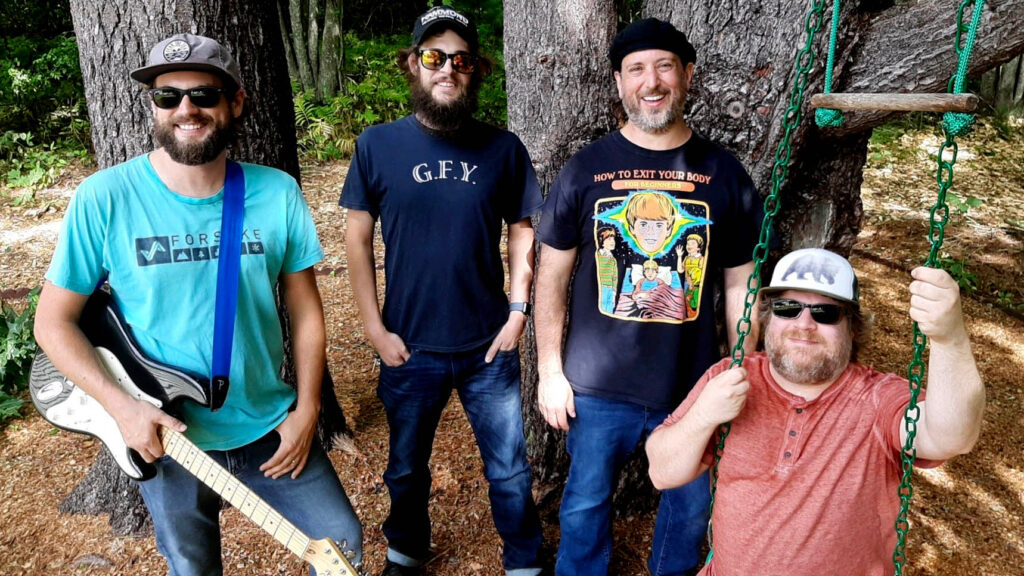 Marble Eyes is a fresh collective of songwriters who have come together during the pandemic and found inspiration through new original music that is “Rock & Roll for the Soul.” Based out of the New Hampshire Seacoast, Marble Eyes features members of Pink Talking Fish, Kung Fu, The Indobox, and more.

Bassist Eric Gould has been focused on the tribute act, Pink Talking Fish, over the past seven years and has built up a large list of original songs that have not been realized during this time. He and The Indobox guitarist, Mike Carter, had been threatening to collaborate for years and it took a pandemic to make it happen! Mike brought along keyboardist, Max Chase, who is a staple of the Seacoast music scene. The three players found immediate chemistry with their blend of style and vocal harmony. Eric invited drum powerhouse Adrian Tramontano of the band Kung Fu into the mix and the band was solidified.

All four band members have contributed songs to the Marble Eyes repertoire. Each character is defined and, together, they have created something positive and exciting in the midst of one of the most challenging times of this century.