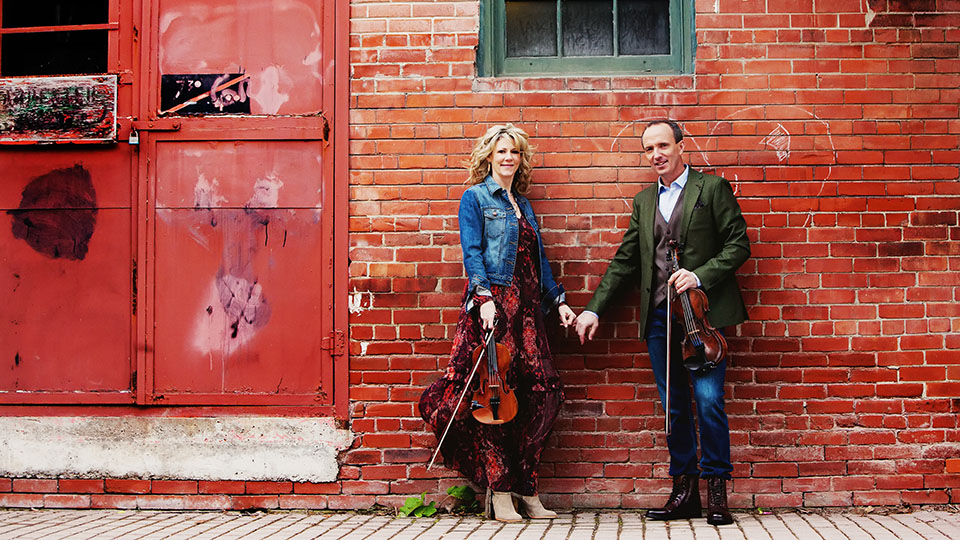 This performance has been postponed and rescheduled for Sunday, February 26, 2023 at 4pm. Ticket buyers have been alerted. Please call the B2W Box Office (603.436.2400) with any questions.

Natalie MacMaster and Donnell Leahy’s electrifying performances on the fiddles have propelled their dazzling careers since childhood while cementing their status as Canada’s reigning couple of Celtic music.

They certainly couldn’t have imagined capping off what they jokingly refer to as their combined 83 years as performers with milestones including another hotly anticipated Christmas tour, an accompanying TV special, their Greenbridge Celtic Folk Fest, and a Road Gold Award from the Canadian Independent Music Association.

“I’m continually amazed by what the fiddle has brought to my life,” MacMaster offers. “It has carried me through my childhood, through my teens, my young adult life, my married life and now motherhood. And I still love it as much as ever. Same with Donnell. It’s unexpected and awesome.”

Their synergy was brilliantly showcased on the pair’s first recorded collaboration, 2015’s Bob Ezrin-produced album One, a crowning achievement complementing combined album sales of over one million, a CV listing cellist Yo-Yo Ma, bluegrass star Alison Krauss, and banjo ace Béla Fleck as past collaborators (and Shania Twain and The Chieftains as fans) plus a devoted audience stretching from Sydney, Nova Scotia to Sydney, Australia.

But there’s always room for more music. Ergo, the couple’s launch in 2017 of the successful Greenbridge Celtic Folk Fest, which transforms the bucolic agricultural hub of Keene, Ontario into a foot-stomping, fist-pumping, string-shredding Celtic ceilidh.

Natalie returned to the studio in 2019 to record her first solo LP in almost a decade, Sketches, which was released worldwide on November 1, 2019.