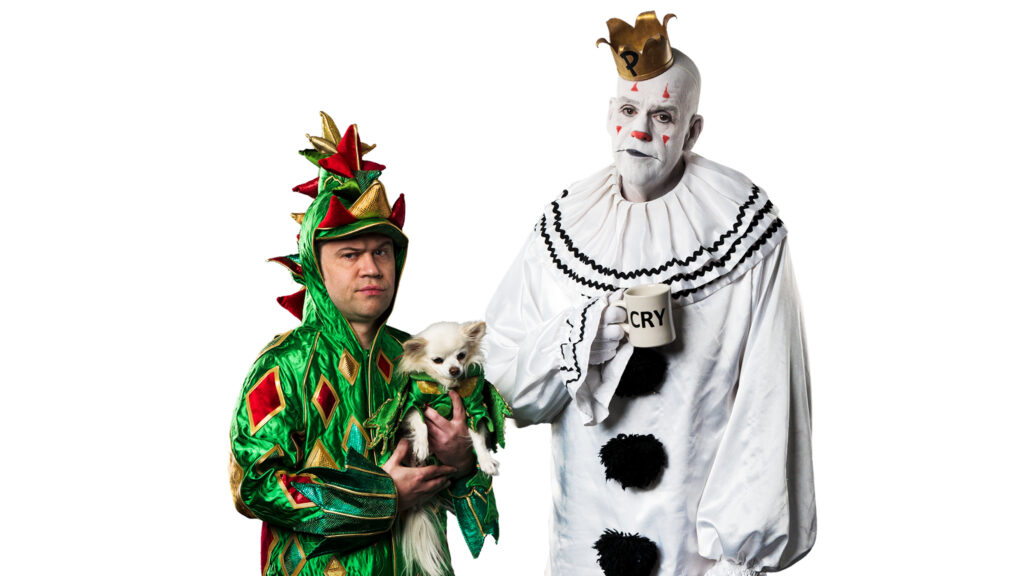 Piff the Magic Dragon—accompanied by his sidekick Mr. Piffles, the world’s only magic performing chihuahua—has won several Best of Las Vegas awards for his long-running show at the iconic Flamingo Hotel & Casino. He was a viral sensation on Penn & Teller: Fool Us and voted one of Variety’s Top Ten Comics to watch. In 2020, Piff triumphed over his heroes Jeff Ross, Natasha Leggero, and Judah Friedlander when he was crowned winner of TBS’ Tournament of Laughs.

Puddles Pity Party—the sad, giant clown with the golden voice—has amassed over 813k YouTube subscribers and performed sold out shows all over the globe including The Kennedy Center in D.C., San Francisco’s Palace of Fine Arts, London’s Soho Theatre and a residency at Caesars Palace in Las Vegas. Deftly combining melancholy with the absurd, Puddles has become a favorite of musical comedy legends like Eric Idle, Jack Black, Paul Reubens, and Weird Al. He has even won the approval of his long-standing man-crush and modern-day Renaissance Man, Kevin Costner.

Not bad for two “losers” from America’s Got Talent! These satin-adorned down-and-outers have been pals since they first met ages ago at Edinburgh Fringe Festival. Neither is easily amused, but when offered the chance to play a double bill, they both agreed it was a pretty good idea, and thus was born The Piff and Puddles Misery Loves Company Tour.