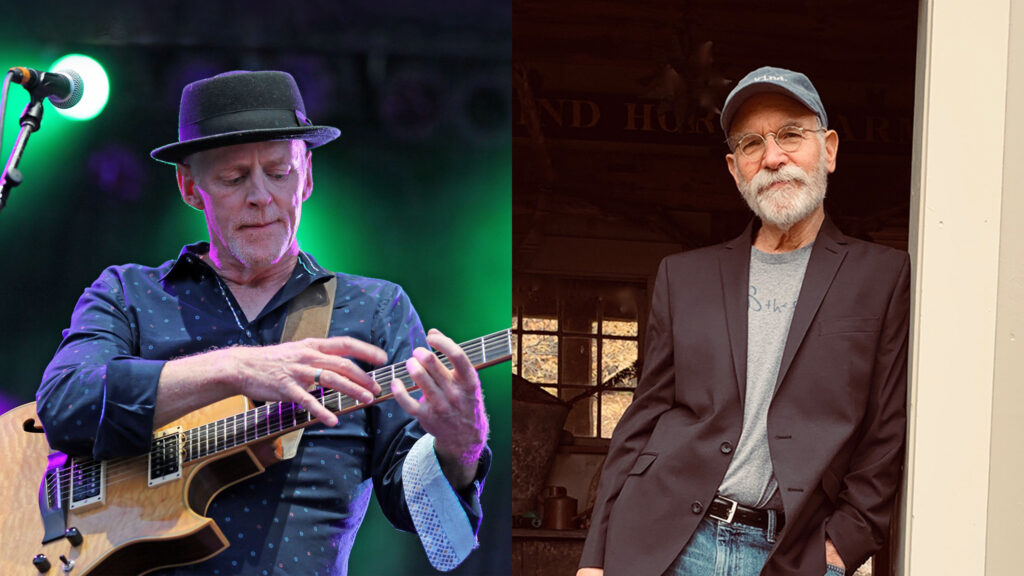 Searching for the shaman that lives inside the guitar has led Willy Porter on a musical and personal odyssey spanning over two decades, 10 albums, and multiple continents. His journey remains defined by an independent drive to evolve as a musician and human, affording him the freedom to create the next song on his own terms. Equally accomplished as a guitarist, singer, and songwriter, Porter’s songs weave a universal perspective about the questions, struggles, and triumphs of human existence. His live shows are guitar-driven events—equal parts grit, soul, and muscle—that are electrifying, dynamic, and wholly original in the way that Porter’s voice blends and fuses with his virtuoso fret work.

For more than thirty years, Tom Pirozzoli’s simple path has been a life rich in music, art, and travel, yielding a career filled with nine studio albums, numerous songwriting credits, and collaborations with other artists such as Willy Porter, Joyce Andersen, and David Wilcox. Tom’s sophisticated guitar work forms the rich backdrop for his warm tenor that delivers melodies and lyrics exploring the full range of the human and global experience.

A self-taught guitarist and painter, Tom found himself playing in New England coffeehouses at the age of 19. The sense of endless possibility and adventure of the 1970s lead to travels – initially through Europe and South America, India and Southeast Asia, and eventually to China and Tibet. His encounters with such an array of people, cultures, and ideas have contributed to and enriched his painting, music, and lyrical content.