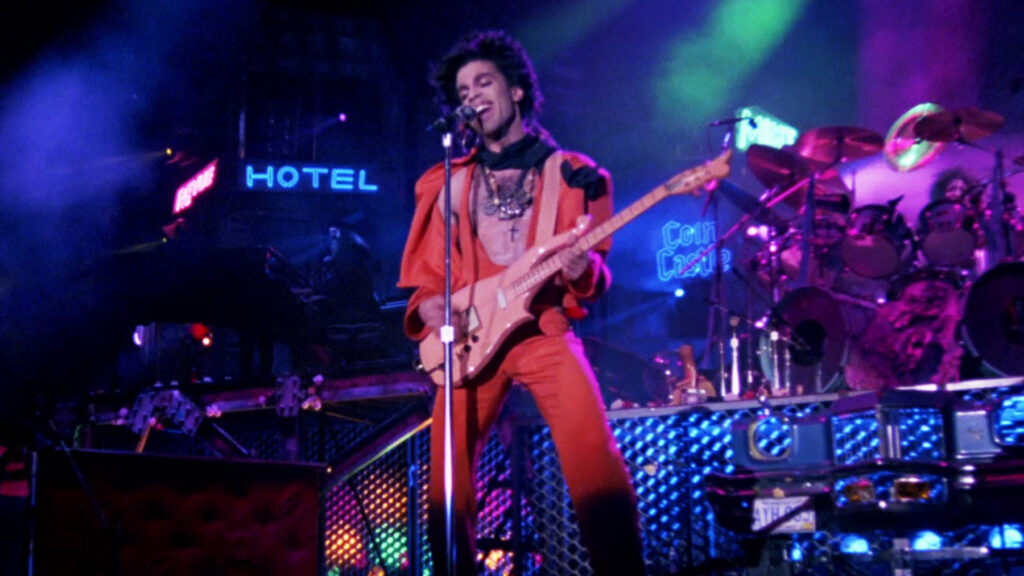 Music legend Prince and his band perform 13 numbers, most of them from his double album, Sign ‘o’ the Times. This is high-energy stuff: neon signs flash above the stage, suggesting the honky-tonk district of a big city, and between numbers, there are vignettes of street life. Sheila E, Boni Boyer, and Cat provide rhythmic, vocal, and physical pyrotechnics while Sheena Easton appears in a film within a film, her rock video “U Got the Look.”