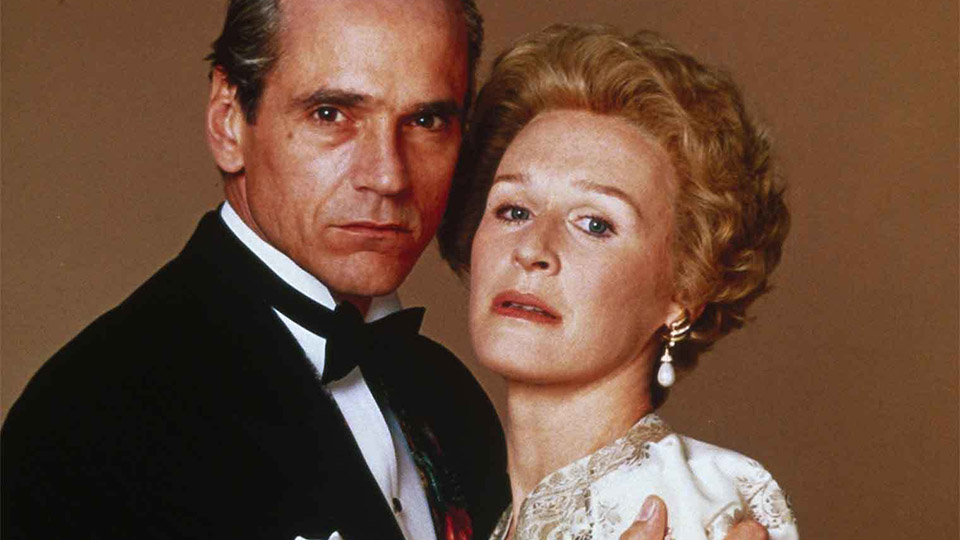 Directed by Barbet Schroeder; Jeremy Irons as Claus von Bulow. Sunny von Bulow lies in a coma, and her husband Claus has been found guilty of her murder. Is he?  A serio-comedy of bad manners based on the notorious true case, featuring Glenn Close, and Ron Silver as Alan Dershowitz. Oscar for Best Actor, 1991.